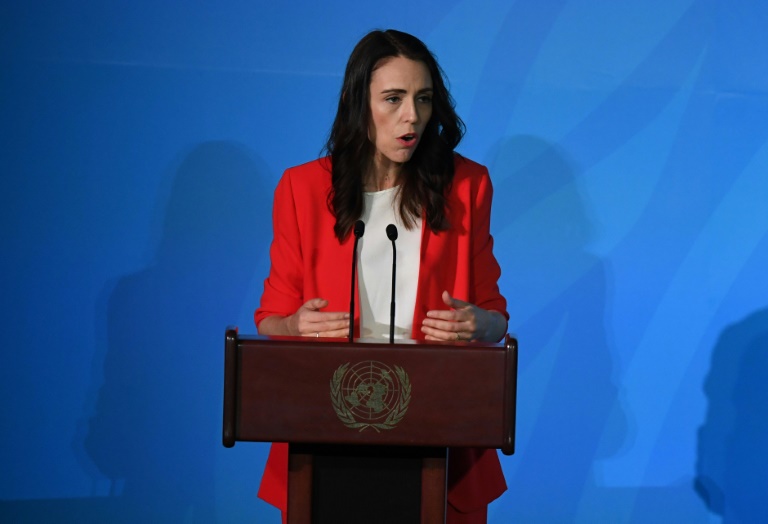 Social media companies led by Facebook said Monday they were ramping up an industry body that aims to weed out extremist content, seeking to put procedures in place globally on how to handle crises.

Facebook announced additional efforts at the United Nations during a meeting with New Zealand’s Prime Minister Jacinda Ardern, who has taken up the cause of fighting online extremism after a March massacre by a white supremacist at two mosques in Christchurch.

“We are trying to create a civil defense-style mechanism. The same way we respond to natural emergencies like fires and floods, we need to be prepared and ready to respond to a crisis like the one we experienced,” she told reporters.

Facebook, Twitter, Microsoft and YouTube in 2017 formed the Global Internet Forum to Counter Terrorism, a vaguely conceived alliance tasked with tackling the most dangerous material on social media.

But tech companies came under renewed criticism after the bloodbath in Christchurch, where the assailant posted a manifesto online and then live-streamed his killing of 51 worshipers.

Appearing with the New Zealand leader, Facebook’s chief operating officer Sheryl Sandberg said the company took down 1.5 million potential views of the grisly video — 1.2 million before anyone had the chance to look.

“The gap between the 1.2 and the 1.5 is where we acknowledge we need to do better,” Sandberg said.

“We can’t wait until a moment like this happens again. We need to do the hard work now, to establish the systems and protocols and the cooperation” among countries and companies, she said.

President Emmanuel Macron of France, which has faced challenges combating militants inspired by the Islamic State movement, has teamed up with Ardern on the so-called “Christchurch Call.”

He co-chaired a meeting with Ardern on the latest efforts as they both attended the United Nations General Assembly.

Under Monday’s announcement, the Global Internet Forum to Counter Terrorism will be considered an independent body and enjoy a dedicated staff under an executive director.

While the industry will lead the forum’s operating board, non-governmental groups will head an advisory board.

The governments of the United States, France, Britain, Canada, New Zealand and Japan will also play an advisory role, along with UN and European Union experts.

Facebook said that the forum would fund research on how best to prevent incitements to violence online and how to reduce the effects on social media when attacks occur.

The forum will still amount to a voluntary effort by tech companies to police themselves.

Government regulation is anathema for major US tech companies and their libertarian-minded philosophy, although a growing number of countries outside the West have sought to force social media platforms to censor unwanted content.

Ardern indicated she had no intention of seeking new regulations, which she said made little sense when pursuing ideas such as steering social media users away from extremist material to alternative, curated content.

“If we want the greatest gains, we actually need to collaborate,” she said.

“There is nothing we had seen, even at this point several months on, that has ever suggested to me that any of these tech companies had an interest in providing a platform for hatred and violence,” she said.