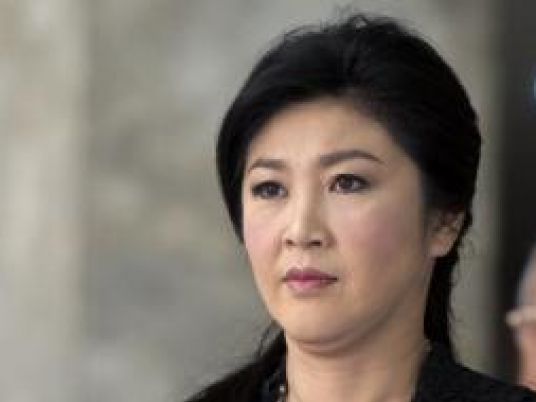 Thai Prime Minister Yingluck Shinawatra will be charged with neglect of duty over a rice farm subsidy scheme and could be removed from office if found guilty, an anti-graft panel announced Tuesday.

Yingluck had ignored warnings that the flagship rice policy was fostering corruption and causing financial losses, the National Anti-Corruption Commission said in a statement.

She will be summoned to hear the charges on February 27.

The scheme, which guarantees farmers above-market rates for rice, has become a lightning rod for anger among anti-government protesters. They say it has encouraged corruption, drained the public coffers and left the country with a mountain of unsold stock.

News of the charges came just hours after violent clashes broke out between riot police and anti-government demonstrators in the capital Bangkok that left at least two people dead, including a policeman, and dozens wounded.

Yingluck's opponents say she is a puppet for her elder brother Thaksin Shinawatra, a billionaire tycoon-turned-premier who was ousted by the military in a coup in 2006 and later fled overseas to avoid jail for a corruption conviction.

Thaksin's critics accuse his family of using taxpayers' money to buy the support of rural voters through populist policies.