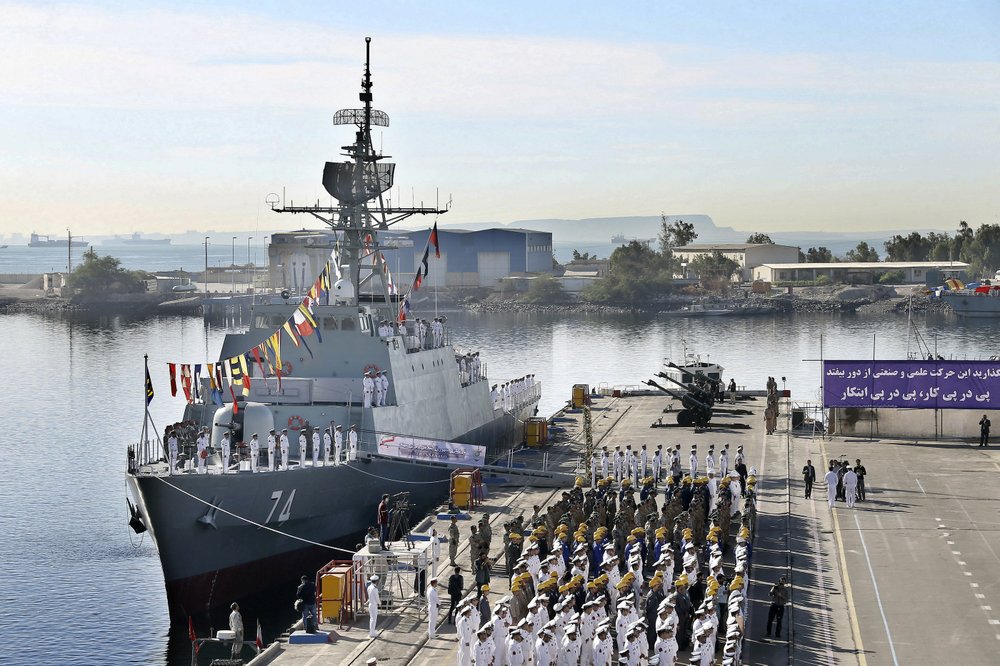 TEHRAN, Iran (AP) — The Latest on the tensions between Iran and the West (all times local):

Israel’s prime minister is calling on the international community to take action to prevent Iran from carrying out attacks against his country.

Benjamin Netanyahu, who is seeking re-election next month, posted a short video on social media Monday saying Israel will defend itself “however that may be necessary.”

In recent weeks, Israel has allegedly bombed Iranian-backed groups in Lebanon, Syria and Iraq. On Saturday, Israel acknowledged it struck what it says were Iranian drones in Syria preparing to attack Israel.

Israel has remained mum on whether it was behind recent strikes in Iraq, but last week, U.S. officials said Israeli had carried out at least one strike against an Iranian target there.

Iran’s navy says it has deployed two warships to the Gulf of Aden aimed at providing security to the country’s commercial shipping.

Piracy is a major concern in the Gulf of Aden, located between the Arabian Peninsula and Africa, and ships must pass through it when transiting the Suez Canal.

Iranian state TV said Monday that the destroyer Sahand carries surface-to-surface missiles, air defense systems and torpedoes, while the Kharg has a helicopter pad and serves in a logistical role.

The move comes amid a growing confrontation between Iran and the West. Iran still holds a British-flagged tanker seized in July the Persian Gulf after a supertanker carrying Iranian oil was detained off Gibraltar, a British overseas territory.

The Iranian ship was released earlier this month, and Iran said Monday that its oil has been sold to an unnamed buyer.

An Iranian government spokesman says the oil aboard an Iranian tanker pursued by the U.S. has been sold to an unnamed buyer.

The Adrian Darya, previously known as the Grace 1, carries 2.1 million barrels of crude, worth some $130 million.

Ali Rabiei made the announcement at a news conference on Monday in Tehran. He says the buyer of the oil will decide the ship’s ultimate destination.

The tanker was held for weeks off Gibraltar after being seized by authorities there on suspicion of violating EU sanctions on Syria.

The U.S. has a warrant in federal court to seize the ship and has been warning nations not to accept it.

The ship had put its destination as Turkey, but later removed it. It’s still in the Mediterranean Sea heading east.

FILE – In this file photo provided Dec. 1, 2018, by the Iranian Army, Iranian naval forces attend an inauguration ceremony for the domestically built destroyer Sahand, in Bandar Abbas, Iran. Iran’s navy said Monday, Aug. 26, 2019, that it has deployed two warships, the Sahand and the Kharg, to the Gulf of Aden aimed at providing security to the country’s commercial shipping. The move comes amid a growing confrontation between Iran and the West. (Iranian Army via AP, File)

Tamer Trump on show at G7, but brash US leader never far