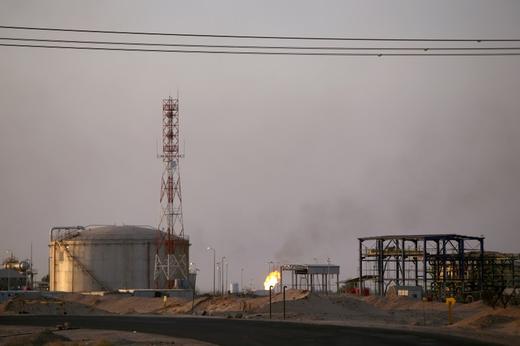 BAGHDAD (AP) — At least three rockets hit near the site of an American oil field service company in southern Iraq early on Monday, Iraq’s military said, the first such attack in recent months to target US energy interests in Iraq.

The rockets targeted the site of Halliburton in the Burjesia area in the oil-rich Basra province, the military statement said. Two Iraqi security officials and one official at the state-run Basra Oil Company said five rockets struck the area. The officials spoke on condition of anonymity in line with regulations.

A rocket launcher was subsequently found on the Zubair-Shuaiba road by security forces, according to the statement, with 11 unused missiles that were later defused.

No militant group immediately claimed responsibility for the rocket fire. There was no significant damage, the military said, adding that Iraqi security forces in Basra are searching for the perpetrators of the attack.

Halliburton is an American oil service provider working in the Zubair oil field, which is operated by the Italian company ENI.

Monday’s attack was the first since last summer to target US oil companies working in the oil-rich south. A rocket struck an oil drilling site in Basra last June, landing inside a compound housing energy giant Exxon Mobil, Shell and ENI. Three local workers were wounded in that attack.

US workers were evacuated from the site after last year’s attack.