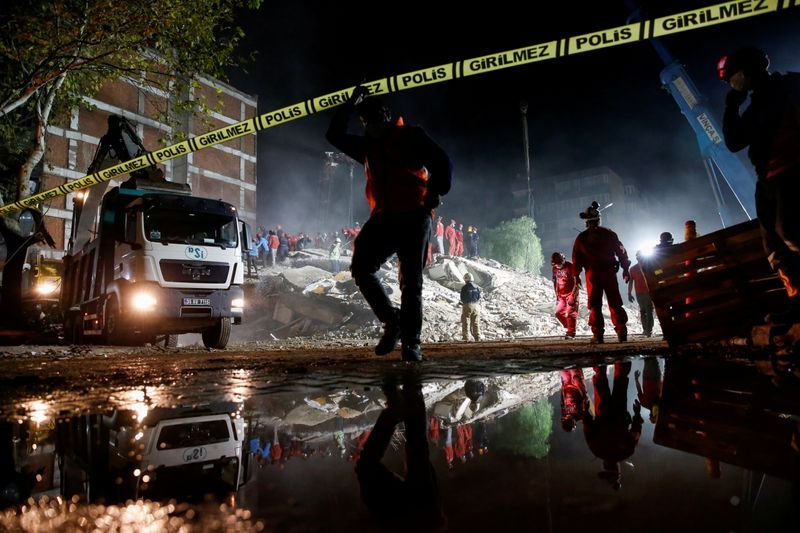 ISTANBUL (Reuters) – A three-year-old girl was rescued from a collapsed building in the western Turkish city of Izmir on Monday, officials said, nearly three days after a powerful earthquake in the Aegean Sea region which has killed 81 people.