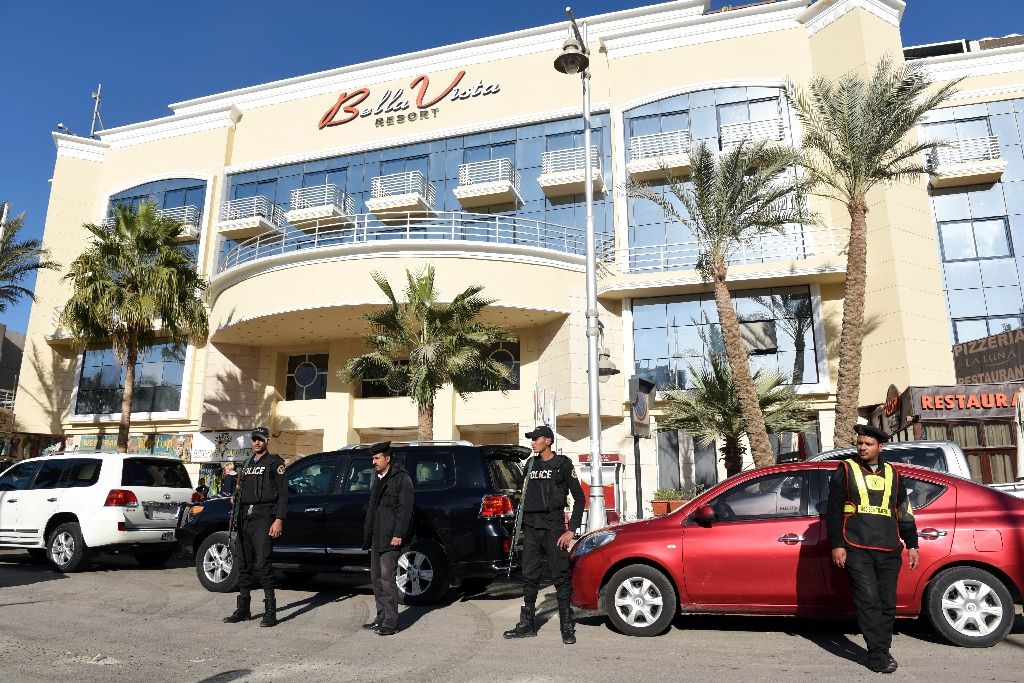 The Red Sea governorate of Hurghada has tightened security measures within city limits, as well as all the roads leading to it, after a man stabbed six tourists, two of which were German women.

Tourism companies predict the incident will affect the number of tourists that will visit the city this summer, the peak tourism season.

Two victims of the victims were confirmed as German nationals, despite earlier reports on the attack that claimed they were Ukrainians. The two were residing in the city at the time, “Sadly we now know with certainty that two German tourists were killed in the attack in Hurghada,” a press statement for the German Foreign Ministry said.

Checkpoints have tightened their security measures on the borders of the governorate, with inspections of cars and individuals coming and leaving the city, along with periodically checking  surveillance camera tapes. Security forces have isolated hotels’ tourist facilities and they are on alarm.

Security sources said that the attacker was Abdel Rahman Badawy, 27, from Qillin city of Kafr al-Shaikh, and he had a clean record with no previous offenses as well as a good reputation in his home village.

Investigations of the suspect revealed he arrived Hurghada the same day of the attack and upon arrival he bought a knife, which he used in the crime.

Mody El-Sha’er, vice president of the Chamber of Tourism Companies, said that the effects of the Hurghada attacks will negatively affect bookings. He pointed out that the current occupancy rate is 90% because it is the peak of the tourist season.

“We have 24 hours to follow up the reaction abroad, and therefore can monitor the impact from Sunday, we have to work through the diplomatic offices of the foreign ministry in the countries exporting tourism, and to send messages corresponding about the current situation through the Egyptians ambassadors,” he said.

Egypt bolsters security outside churches ahead of Easter