The fate of a Christian woman enmeshed in a years-long blasphemy row could finally be decided Tuesday, when Pakistan’s Supreme Court will decide whether to allow an appeal against its decision to acquit Asia Bibi.

Judges — including Pakistan’s new chief justice — are expected to toss out the petition against their decision last October to free Bibi from death row, where she languished for eight years.

If they do, it could lift the last legal hurdle between her and a possible deal for asylum abroad.

Bibi was sentenced to death in 2010 in what swiftly became Pakistan’s most infamous blasphemy case.

The Supreme Court overturned her conviction last year, but she remains in protective custody as a prime target in conservative Muslim Pakistan, where blasphemy is a hugely sensitive charge.

With the government refusing to reveal her whereabouts, speculation has been rampant that she may seek asylum with a European or North American country.

The government has since launched a crackdown on the Tehreek-e-Labaik Pakistan (TLP) party, the Islamist group driving the protests. Its chief, Khadim Hussain Rizvi, has been under detention for weeks.

However authorities also struck a deal to end the violence which included allowing the petition seeking an appeal against the Supreme Court’s judgment.

On Tuesday, “the court will determine if our appeal against her acquittal is admitted” said Ghulam Mustafa Chaudhry, the lawyer who filed the petition on behalf of a cleric.

Petition reviews are usually settled on the same day they are heard by the court. Experts say it would be highly unusual for the court to allow an appeal against its own ruling.

The three-member bench hearing the petition will be headed by new Chief Justice Asif Saeed Khosa — considered the country’s top expert in criminal law — who helped draft the decision to acquit Bibi.

Blasphemy remains a massively inflammatory issue in Pakistan, where even unproven accusations of insulting Islam can spark lynchings.

Minorities — particularly Christians — are often caught in the crossfire.

The allegations against Bibi date back to 2009, when Muslim women accused her of blasphemy against the Prophet Muhammad, a charge punishable by death under Pakistan law.

The accusation emerged from an argument after Bibi was asked to fetch water while working in the fields, but the women objected to her touching the water bowl as a non-Muslim.

Pope Benedict XVI called for her release in 2010, while in 2015 her daughter met his successor Pope Francis.

Canadian Prime Minister Justin Trudeau said in November that his government was in talks with Pakistan over an asylum deal, but neither side has confirmed any details since. 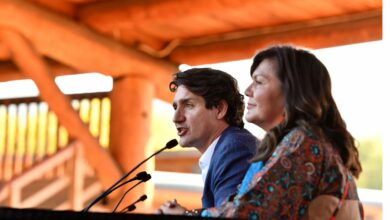 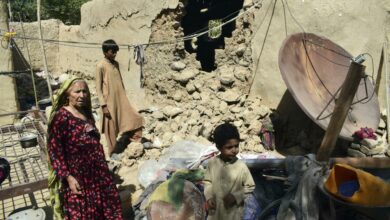