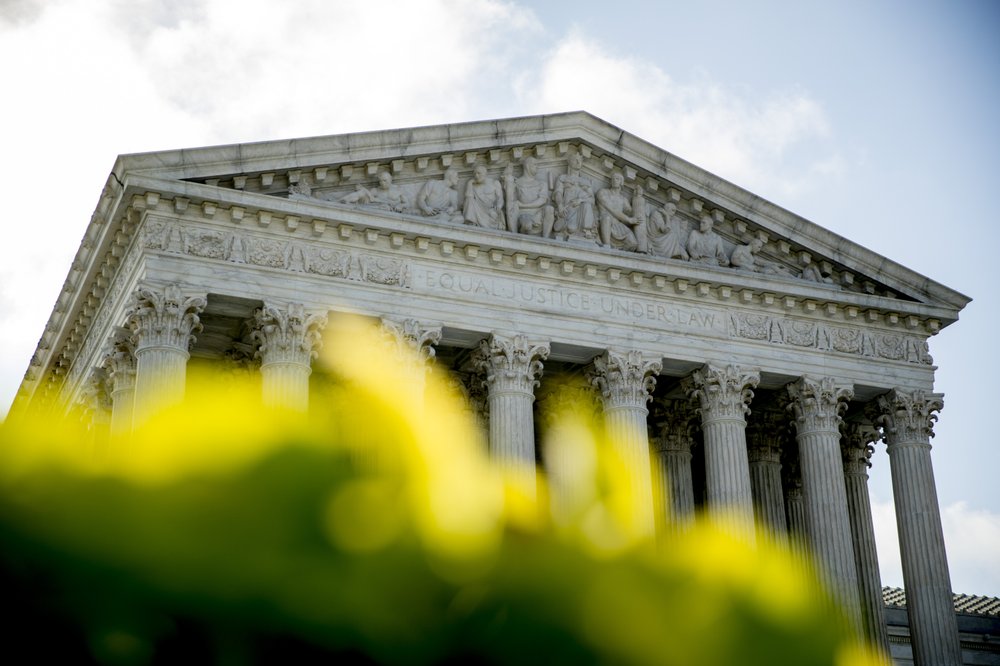 WASHINGTON (AP) — President Donald Trump won the White House on the promise of bringing a conservative shift to the Supreme Court. But this year and last, even with two justices Trump hand-picked, the court has shown it is no rubber stamp for him or his administration’s policies. That’s drawn the president’s ire and teed up a renewed battle over the court as Trump seeks political advantage ahead of November’s election.

In the last few weeks, as the court has handed down its biggest decisions of the term, Trump found himself with mounting losses and just a few wins. Trump’s high-profile defeats began in mid-June. First, the court ruled that a landmark civil rights law protects gay, lesbian and transgender people from discrimination in employment. Then, it said the Trump administration hadn’t acted properly in ending the eight-year-old Deferred Action for Childhood Arrivals program, which protects some 650,000 young immigrants from deportation.

Finally, on Thursday, in two cases about access to Trump’s financial records, the justices rejected broad arguments by Trump’s lawyers and the Justice Department that the president is absolutely immune from investigation while he holds office or that a prosecutor must show a greater need than normal to obtain the records.

Despite White House’s claims of victory in the Thursday cases, Trump was livid — lashing out on Twitter about the high court and painting its ruling as part of a pattern of “political prosecution” against him.

The rejection of Trump’s assertions of executive power was tempered by the practical impact of the Supreme Court’s decision to remand the cases to lower courts — all but assuring that the potentially embarrassing disclosures won’t be required before his political fate is decided on Nov. 3.

Trump did notch two wins in important religious liberty cases on Wednesday, but he wasn’t in a celebratory mood after Thursday’s decisions.

“Courts in the past have given ‘broad deference’. BUT NOT ME!” he tweeted. And: “Now the Supreme Court gives a delay ruling that they would never have given…for another President.”

Last month, after the administration lost the DACA case, Trump tweeted: “Do you get the impression that the Supreme Court doesn’t like me?”

He followed with an appeal to his base supporters, perhaps hinting at a future campaign theme: “These horrible & politically charged decisions coming out of the Supreme Court are shotgun blasts into the face of people that are proud to call themselves Republicans or Conservatives. We need more Justices or we will lose our 2nd. Amendment & everything else. Vote Trump 2020!”

The attacks on the court marked a return for Trump to a key issue in his 2016 campaign.

Four years ago, it was clear the incoming president would fill a Supreme Court seat left vacant by the death of conservative Justice Antonin Scalia and the Republican-held Senate’s refusal to hold hearings on President Barack Obama’s nominee, Merrick Garland. To reassure wary conservatives, Trump took the unprecedented step of releasing lists of judges he said he’d likely select from if elected president.

“If you really like Donald Trump, that’s great, but if you don’t, you have to vote for me anyway. You know why? Supreme Court judges,” he said at a July 2016 rally in Cedar Rapids, Iowa.

He selected conservative justices Neil Gorsuch and Brett Kavanaugh to fill the seats of Scalia and Anthony Kennedy, who retired in 2018. Their selection, however, hasn’t meant automatic wins for Trump at the court, which has a 5-4 conservative majority. The DACA ruling was 5-4, with Chief Justice John Roberts joining the court’s liberals. In the LGBT ruling, Gorsuch joined with Roberts and the court’s liberals in ruling 6-3 against the administration.

On Thursday, Gorsuch and Kavanaugh joined the majority in both cases along with Roberts and the four liberal justices. Roberts wrote both opinions.

“The justices did not rule against him, in fact it was a unanimous opinion saying that this needs to go back to the district court, and they even recognized that the president has an ample arsenal of arguments that he can make,” White House press secretary Kayleigh McEnany claimed. Still, she acknowledged, Trump “takes issue with the point that the majority made on absolute immunity.”

Trump has seen mixed results in past terms too. In 2018, the court’s conservatives upheld the president’s travel ban. Last year, Roberts’ vote with the court’s liberals kept the administration from putting a controversial citizenship question on the 2020 census.

Those losses were at least in part due to legal strategies that lawyers for Trump and his administration embraced in pursuing rapid changes and using what exerts called weak legal arguments.

But Trump, in an effort to draw a contrast with presumptive Democratic nominee Joe Biden and stoke enthusiasm among social conservatives who played a pivotal role in elected the president four years ago, is using his defeats to argue that work in reshaping the court is only just getting started.

After the stinging losses in the DACA and LGBT cases, Trump last month promised to release a new list of “conservative” judges he would choose from should a new vacancy arise.

Elizabeth Wydra, president of the liberal Constitutional Accountability Center, said that presidential candidates of both parties should make judicial nominations and the courts part of their campaigns, particularly because while a presidency lasts four or eight years, judges sit for decades. And she noted judicial nominations took on singular importance in Trump’s 2016 campaign because Republican voters were uncomfortable with some other aspects of his candidacy.

“Republican voters have focused on the courts probably more than Democratic voters have. I think that might be starting to change,” she said, adding that she believes “progressives have been a little late to the game” in focusing on judicial nominations.

“With abortion rights so clearly in the balance I think progressives are really waking up to the crucial importance of the courts,” she said.

Biden months ago made something of a promise related to the Supreme Court, saying he’d be “honored to appoint the first African American woman” to the court.

By JESSICA GRESKO and ZEKE MILLER

Amid wave of cultural change, Trump tries to stir a backlash