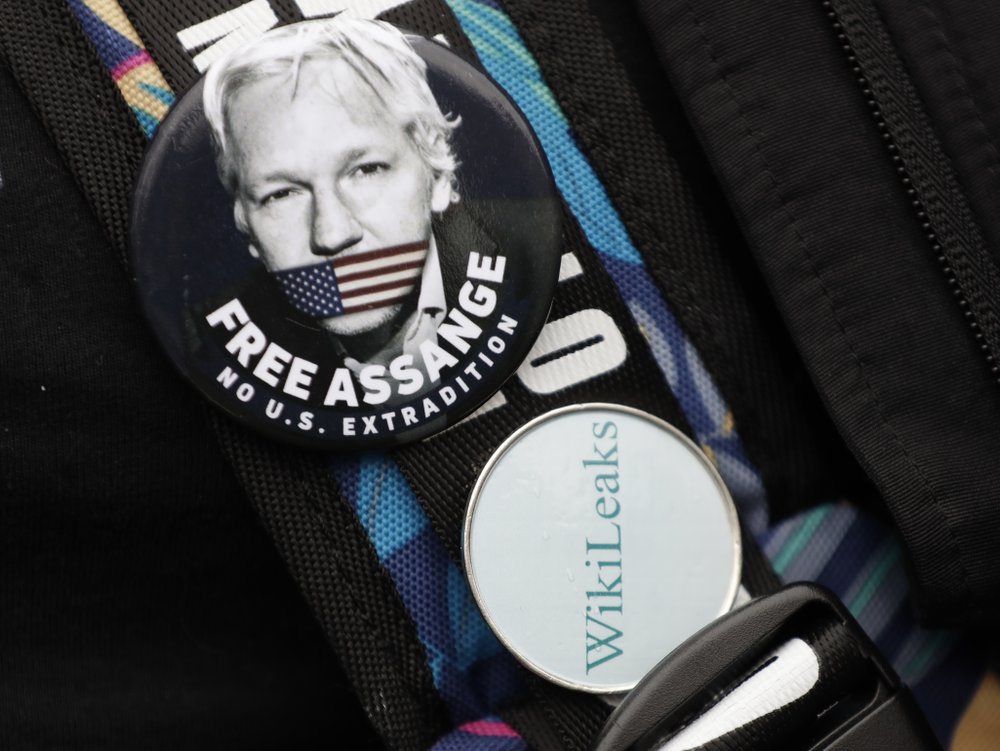 US President Donald Trump promised to pardon WikiLeaks founder Julian Assange if he denied Russia leaked emails of his 2016 election rival’s campaign, a London court was told on Wednesday.

The White House quickly issued a denial that Trump had dangled a pardon in exchange for help in the Russia controversy, which has cast a shadow over his first term in office.

“The president barely knows Dana Rohrabacher other than he’s an ex-congressman. He’s never spoken to him on this subject or almost any subject. It is a complete fabrication and a total lie,” Trump press secretary Stephanie Grisham said in a statement.

“This is probably another never-ending hoax and total lie” by the Democratic Party, she said, a day after Trump controversially pardoned or issued other forms of clemency to 11 people including a former governor jailed for corruption, and other high-profile white-collar criminals.

The revelation came at a case management hearing at Westminster Magistrates’ Court before Monday’s formal start of Washington’s extradition request for him to face espionage charges.

If found guilty in the United States, he could be jailed for 175 years.

Assange’s defense cited a statement from Robinson in which she said that Rohrabacher had been to see Assange and said “on instructions from the president, he was offering a pardon or some other way out, if Mr Assange… said Russia had nothing to do with the DNC leaks”.

Robinson did not respond to emailed and telephone requests from AFP for comment.

Rohrabacher on Tuesday evening denied the allegations that he had offered Assange a deal.

“When speaking with Julian Assange, I told him that if he could provide me information and evidence about who actually gave him the DNC emails, I would then call on President Trump to pardon him,” the former congressman said in a statement on his website.

US intelligence agencies have concluded Russia hacked into the computer servers of the Democratic National Committee (DNC) during Trump’s campaign against Democratic rival Hillary Clinton.

WikiLeaks later published the emails, which proved politically damaging to Clinton, before the November 2016 vote.

Australian national Assange, 48, is facing 18 counts in the US — 17 of them under the Espionage Act.

None of them is related to the DNC hack and instead concern WikiLeaks’s publication of diplomatic and defence cables about US campaigns in Afghanistan and Iraq.

Trump has played down Russia’s involvement in the DNC leak, including when he appeared to side with Russian President Vladimir Putin over his own intelligence agency’s assessment of what happened.

“I have great confidence in my intelligence people, but I will tell you that President Putin was extremely strong and powerful in his denial today,” Trump said during a joint press appearance with Putin during their July 2018 summit in Helsinki.

The extradition hearing is set to start at Woolwich Crown Court, which is next to the high-security Belmarsh prison where he is being held.

The hearing is expected to last all week, before being adjourned for three months, to resume on May 18.

Assange appeared at the administrative hearing via videolink, wearing dark tracksuit bottoms and a brown jumper over a white shirt.

He spoke only to confirm his name and date of birth. He sat and held a pile of papers throughout the hearing.