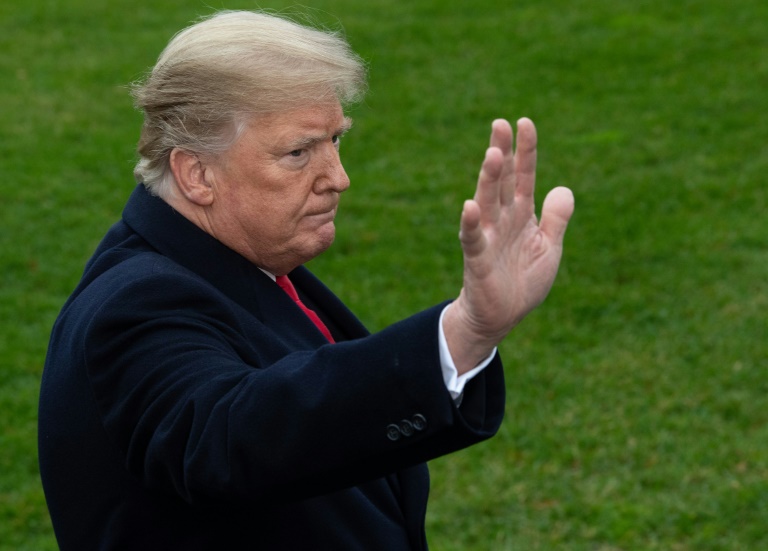 “I don’t believe it,” Trump said at the White House, adding that the United States would not take measures to cut emissions if the same was not done in other countries.

Trump said he had read “some” of the report and that it was “fine.”

However, he rejected the central warning in the National Climate Assessment, which said there will be hundreds of billions of dollars in losses by the end of the century due to climate change “without substantial and sustained global mitigation.”

“You’re going to have to have China and Japan and all of Asia and all of these other countries, you know. It addresses our country,” he said.

According to the report, released Friday, “with continued growth in emissions at historic rates, annual losses in some economic sectors are projected to reach hundreds of billions of dollars by the end of the century — more than the current gross domestic product (GDP) of many US states.”

“Without substantial and sustained global mitigation and regional adaptation efforts, climate change is expected to cause growing losses to American infrastructure and property and impede the rate of economic growth over this century,” it said.

The effects will spill into global trade, hitting import and export prices and US businesses with overseas operations and supply chains, it added.

Compiled by more than 300 scientists, the Fourth National Climate Assessment Volume II is a congressionally-mandated report that spans more than 1,000 pages.

Trump has long said he distrusts the consensus by nearly all the world’s respected climate scientists on the link between human activity and rising temperatures, as well as other damaging climate change phenomena.

Since becoming president in 2016, he has pulled the United States out of the international Paris Agreement on attempting to bring down global temperatures, and torn up a raft of environmental protection laws, saying the US economy needs the boost.

In October, Trump said during a visit to inspect hurricane damage in the southern state of Georgia that climate change “is going to go back and forth,” rather than be permanent.

Climate change could cost US 'hundreds of billions' a year: study