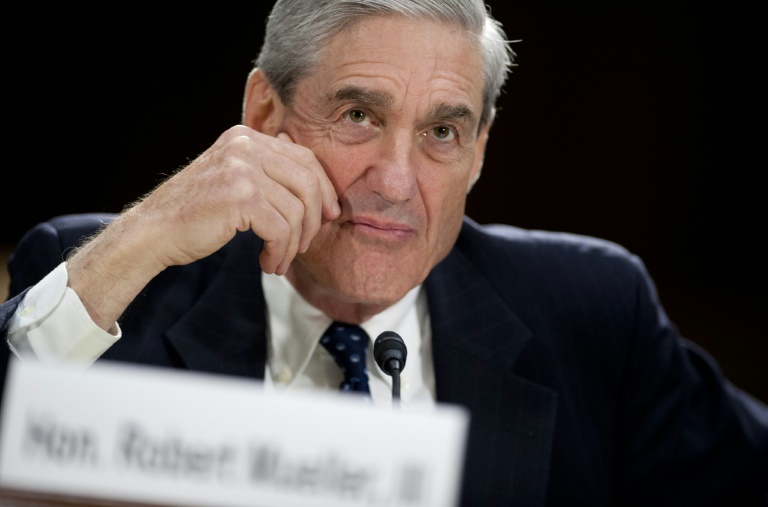 Nearly 400 former federal prosecutors said in a joint letter Monday that the evidence in the Mueller report would have resulted in obstruction of justice charges against Donald Trump — were he not the president.

The letter says that the evidence in Special Counsel Robert Mueller’s investigation indicating that obstruction was committed is “overwhelming.”

Currently, Department of Justice policy forbids the indictment of a sitting president.

But the letter appeared likely to add impetus to efforts by Democrats in Congress to hold hearings on Trump’s behavior and possibly even launch impeachment proceedings against the Republican leader.

“Each of us believes that the conduct of President Trump described in Special Counsel Robert Mueller’s report would… result in multiple felony charges for obstruction of justice,” the prosecutors said.

“The Mueller report describes several acts that satisfy all of the elements for an obstruction charge: conduct that obstructed or attempted to obstruct the truth-finding process, as to which the evidence of corrupt intent and connection to pending proceedings is overwhelming.”

Earlier Monday, the House Judiciary Committee said it was preparing to declare Attorney General Bill Barr in contempt for not supplying them an unedited version of the Mueller report together with underlying evidence.

Mueller’s 448-page report on the nearly two-year investigation into Russia election meddling, completed in late March, mapped out multiple instances where Trump appeared to try to obstruct the probe.

But Mueller, noting the Justice Department policy that a sitting president could not be indicted, opted not to rule on whether a crime was committed.

“If we had confidence after a thorough investigation of the facts that the president clearly did not commit obstruction of justice, we would so state,” his report said.

“Based on the facts and the applicable legal standards, however, we are unable to reach that judgment.”

That permitted the Trump-appointed Barr to declare the evidence insufficient and clear Trump — a move which sparked confusion and controversy, and apparently left Mueller himself dissatisfied.

While not naming Barr, the prosecutors said in their letter that his view of the evidence being too weak “runs counter to logic and our experience.”

If not for the Justice Department policy on indicting presidents, they said, “We believe strongly that . . . the overwhelming weight of professional judgment would come down in favor of prosecution for the conduct outlined in the Mueller Report.”