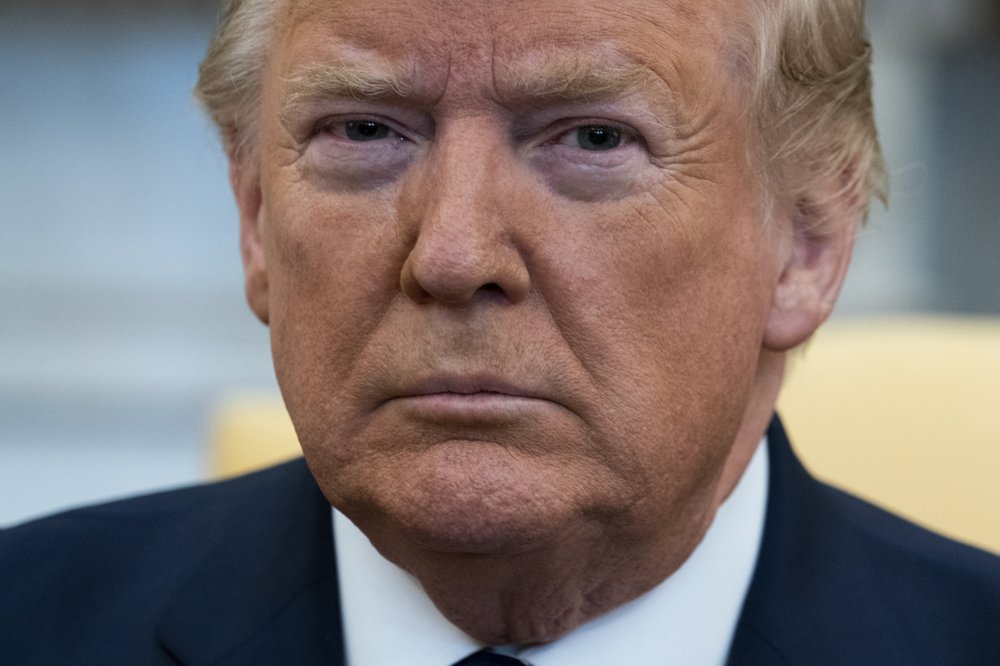 WASHINGTON (AP) — The most improbable of presidents, Donald Trump reshaped the office and shattered its centuries-old norms and traditions while dominating the national discourse like no one before.

Trump, governing by whim and tweet, deepened the nation’s racial and cultural divides and undermined faith in its institutions. His legacy: a tumultuous four years that were marked by his impeachment, failures during the worst pandemic in a century and his refusal to accept defeat.

He smashed conceptions about how presidents behave and communicate, offering unvarnished thoughts and policy declarations alike, pulling back the curtain for the American people while enthralling supporters and unnerving foes — and sometimes allies — both at home and abroad.

While the nation would be hardpressed to elect another figure as disruptive as Trump, it remains to be seen how much of his imprint on the office itself, occupied by only 44 other men, will be indelible. Already it shadows the work of his successor, President-elect Joe Biden, who framed his candidacy as a repudiation of Trump, offering himself as an antidote to the chaos and dissent of the past four years while vowing to restore dignity to the Oval Office.

“For all four years, this is someone who at every opportunity tried to stretch presidential power beyond the limits of the law,” said presidential historian Michael Beschloss. “He altered the presidency in many ways, but many of them can be changed back almost overnight by a president who wants to make the point that there is a change.”

Trump’s most enduring legacy may be his use of the trappings of the presidency to erode Americans’ views of the institutions of their own government.

From his first moments in office, Trump waged an assault on the federal bureaucracy, casting a suspicious eye on career officials he deemed the “Deep State” and shaking Americans’ confidence in civil servants and the levers of government. Believing that the investigation into Russian election interference was a crusade to undermine him, Trump went after the intelligence agencies and Justice Department — calling out leaders by name — and later unleashed broadsides against the man running the probe, respected special counsel Robert Mueller.

His other targets were legion: the Supreme Court for insufficient loyalty; the post office for its handling of mail-in ballots; even the integrity of the vote itself with his baseless claims of election fraud.

“In the past, presidents who lost were always willing to turn the office over to the next person. They were willing to accept the vote of the American public,” said Richard Waterman, who studies the presidency at the University of Kentucky. “What we’re seeing right now is really an assault on the institutions of democracy.”

Current polling suggests that many Americans, and a majority of Republicans, feel that Biden was illegitimately elected, damaging his credibility as he takes office during a crisis and also creating a template of deep suspicion for future elections.

“That’s a cancer,” Waterman said. “I don’t know if the cancer can be removed from the presidency without doing damage to the office itself. I think he’s done tremendous damage in the last several weeks.”

Jeopardizing the peaceful transfer of power was hardly Trump’s first assault on the traditions of the presidency.

He didn’t release his tax returns or divest himself from his businesses. He doled out government resources on a partisan basis and undermined his own scientists. He rage tweeted at members of his own party and used government property for political purposes, including the White House as the backdrop for his renomination acceptance speech.

Trump used National Guard troops to clear a largely peaceful protest across from the White House for a photo-op. He named a secretary of defense, Jim Mattis, who needed a congressional waiver to serve because the retired general had not been out of uniform for the seven years required by law. In that one example, Biden has followed Trump’s lead, nominating for Pentagon chief retired Gen. Lloyd Austin, who also will need a waiver.

Trump’s disruption extended to the global stage as well, where he cast doubt on once-inviolable alliances like NATO and bilateral partnerships with a host of allies. His “America First” foreign policy emanated more from preconceived notions of past slights than current facts on the ground. He unilaterally pulled troops from Afghanistan, Somalia, Iraq and Syria, each time drawing bipartisan fire for undermining the very purpose of the American deployment.

He pulled out of multinational environmental agreements, an action that scientists warn may have accelerated climate change. He stepped away from accords that kept Iran’s nuclear ambitions, if not its regional malevolence, in check.

And his presidency may be remembered for altering, perhaps permanently, the nature of the U.S.-China relationship, dimming hopes for a peaceful emergence of China as a world power and laying the foundation for a new generation of economic and strategic rivalry.

While historians agree that Trump was a singular figure in the office, it will be decades before the consequences of his tenure are fully known. But some pieces of his legacy already are in place.

He named three Supreme Court justices and more than 220 federal judges, giving the judiciary an enduring conservative bent. He rolled back regulations and oversaw an economy that boomed until the pandemic hit. His presence increased voter turnout — both for and against him — to record levels. He received unwavering loyalty from his own party but was quick to cast aside any who displeased him.

“President Trump has been the person who has returned power to the American people, not the Washington elite, and preserved our history and institutions, while others have tried to tear them down,” said White House spokesman Judd Deere. “The American people elected a successful businessman who promised to go to Washington, not to tear it down, but to put them first.”

At times, Trump acted like a bystander to his own presidency, opting to tweet along with a cable news segment rather than dive into an effort to change policy. And that was one of the many ways Trump changed the way that presidents communicate.

Carefully crafted policy statements took a back seat, replaced by tweets and off-the-cuff remarks to reporters over the whir of helicopter blades. The discourse hardened, with swear words, personal insults and violent imagery infiltrating the presidential lexicon. And there were the untruths — more than 23,000, according to a count by The Washington Post — that Trump tossed out with little regard for their impact.

It was that lack of honesty that played a role in his defeat in an election that became a referendum on how he had managed the COVID-19 pandemic, which has now killed more than 300,000 Americans.

Day after day during his reelection campaign, Trump defied health guidelines and addressed packed, largely mask-less crowds, promising the nation was “rounding the corner” on the virus. He admitted that from the beginning, he set out to play down the seriousness of the virus.

He held superspreader events at the White House and contracted the virus himself. And while his administration spearheaded Operation Warp Speed, which helped to produce coronavirus vaccines in record time, Trump also undermined his pubic health officials by refusing to embrace mask-wearing and suggesting unproven treatments, including the injection of disinfectant.

“We have seen that Donald Trump’s style was one of the contributing factors to his failure as a president,” said Mark K. Updegrove, presidential historian and CEO of the LBJ Foundation. “His successor can look at his presidency as a cautionary tale.”

Image: FILE – In this Jan. 27, 2020, file phoot President Donald Trump listens during a meeting with Israeli Prime Minister Benjamin Netanyahu in the Oval Office of the White House in Washington. The most improbable of presidents, Donald Trump reshaped the office and shattered its centuries-old norms and traditions while dominating the national discourse like no one before. (AP Photo/ Evan Vucci)

Biden’s team vows action against hack as US threats persist