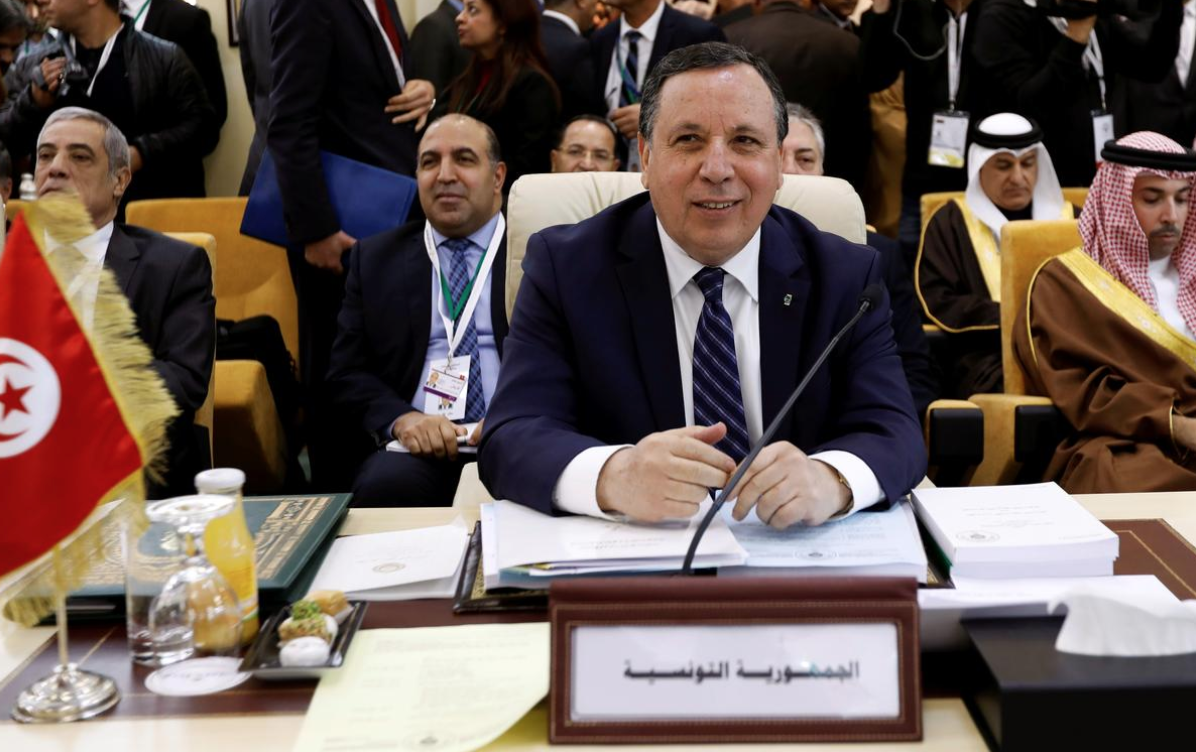 TUNIS (Reuters) – Tunisia will coordinate with fellow Arab countries to contain any fall out from the U.S. decision to recognise Israeli sovereignty over the Golan Heights, Foreign Minister Khemaies Jhinaoui said on Friday.

Jhinaoui was addressing a meeting of Arab foreign ministers on the day before Tunisia hosts the annual Arab League summit, which is expected to focus on the U.S. decision on the Golan Heights and its move last year to recognise Jerusalem as Israel’s capital.

“We will work with fellow Arab countries and the international community to contain the expected repercussions of this decision in the various regional and international forums,” Jhinaoui told Arab foreign ministers at a meeting in Tunis.

Tunisia currently holds the rotating presidency of the Arab League.

Arab countries condemned last week’s decision by U.S. President Donald Trump to recognise the Golan Heights as Israeli territory. They consider the area as occupied territory belonging to Syria, whose membership of the Arab League was suspended at the start of its nearly 8-year civil war.

Israel captured the Golan Heights from Syria and Arab East Jerusalem from Jordan in the 1967 Middle East war and annexed both in moves not recognized internationally.

Saudi Foreign Minister Ibrahim al-Assaf told the gathering that Saudi Arabia supported Syria’s territorial integrity and a political solution based on dialogue between the opposition and government.

Assaf said a unified Syrian opposition should emerge before the start of any dialogue with the Syrian government.

Group calls for al-Bashir’s arrest ahead of Arab summit