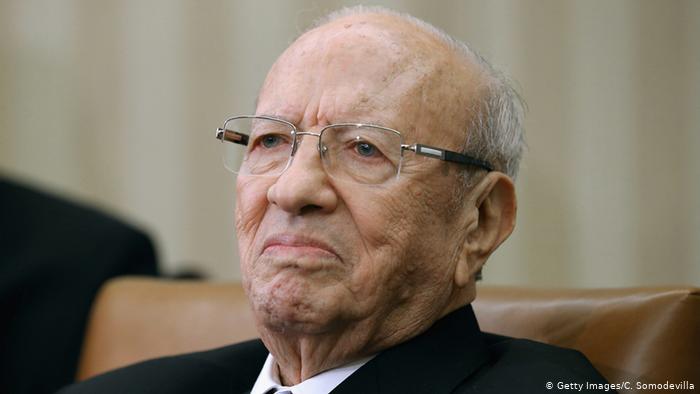 Tunisia’s presidency reported late Thursday that 92-year-old leader Beji Caid Essebsi was in a “stable condition” after being taken to a military hospital in the capital, Tunis.

A statement from the presidency said Essebsi was “taken seriously ill” and needed medical attention. Hours later, the president’s son wrote on his Facebook page that there had been “an improvement” in his father’s condition.

The president has previously stated that he will not seek another term in elections set for November, saying a younger candidate should take over.

Tunisia is widely seen as the sole success story of the Arab Spring. But the North African country’s transition to democracy has been marked by a slowing economy, social unrest and a string of Islamic extremist attacks.

The first bomber set off their explosives near a police patrol stationed in a bustling commercial district in the center. One of the officers was killed, while another policeman and three civilians were injured.

Four officers were wounded in the second strike, which hit an entrance to the base of the anti-terrorism brigade on the outskirts of the city.

The “Islamic State” (IS) terror group claimed responsibility for the attacks via its Amaq news agency. The claim has not been verified.

IS was behind two of Tunisia’s deadliest extremist attacks — one at Tunis’ Bardo Museum in which gunmen killed 22 people in March 2015, and another three months later that killed 38 people in the coastal city of Sousse.

'Everything is stolen from us': Tunisians fight to preserve cultural heritage