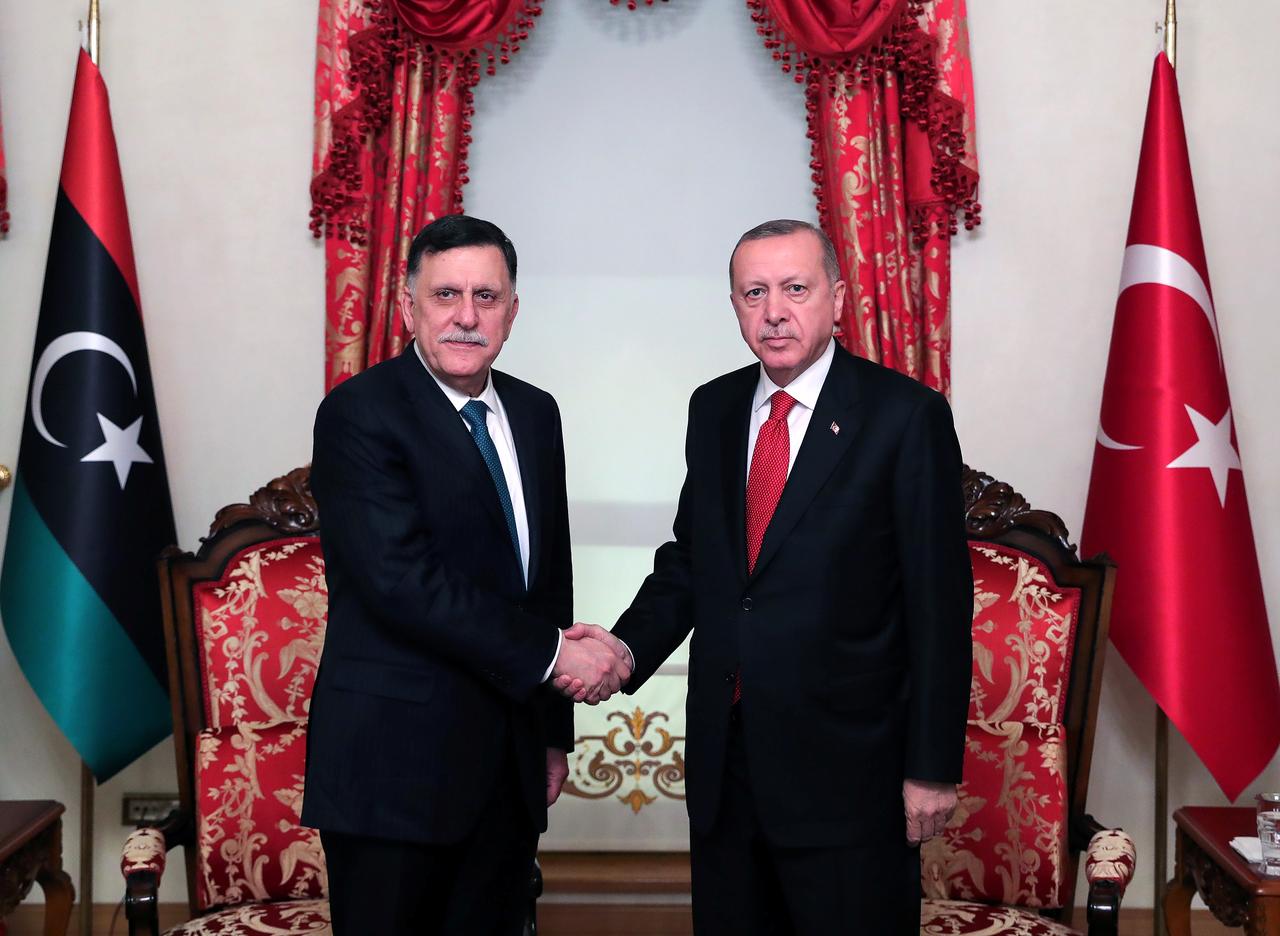 ISTANBUL (Reuters) – Turkey moved closer to military support for Libya’s internationally recognized government late on Saturday when a bilateral deal that provides for a quick reaction force if requested by Tripoli was sent to parliament.

Ankara’s latest move raises tensions in the Mediterranean region and risks confrontation with forces led by Khalifa Haftar based in eastern Libya, where rival political factions have been based since 2014.

Late last month, Ankara and Tripoli signed an expanded security and military accord and, separately, a memorandum on maritime boundaries that Greece said violates international law.

While the maritime accord has been sent to the United Nations for approval, the military deal has been presented to Turkey’s parliament. “Parliament will enter it into force after approval,” Foreign Minister Mevlut Cavusoglu said on Sunday.

It was unclear when a vote would take place in the parliament controlled by President Tayyip Erdogan’s ruling AK Party (AKP) and its nationalist MHP allies.

On Thursday, Haftar urged his forces to advance toward the center of Tripoli in what he said would be a “final battle,” after an offensive against the government that began in April but has stalled outside the capital.

Athens, which expelled the Libyan ambassador over the maritime boundary pact, has condemned the maritime accord and warned that Ankara is escalating tensions in the region.

“Turkey must choose if it will follow the road of self-isolation, continuing to play the role of trouble-maker in the region, or behaving like a good neighbor henceforth,” Greece’s deputy foreign minister, Miltiadis Varvitsiotis, told Sunday’s Ethnos newspaper.

Greece has also condemned new Turkish gas exploration off the coast of the divided island of Cyprus.

On Sunday, Israel’s energy ministry told Reuters that a Turkish vessel had asked one of its research ships to leave an area where it was “legally located in Cyprus’s commercial waters.” Israeli and Turkish media said Turkey’s navy escorted the ship away in the incident, which occurred two weeks ago.

According to the text of the military agreement sent to Turkish lawmakers, Tripoli could request vehicles, equipment and weapons for use in army, navy and air operations. It also provisions for new intelligence sharing.

Utku Cakirozer, lawmaker from Turkey’s main opposition CHP and a member of the NATO parliamentary assembly, said it was “worrying” that Erdogan raised the prospect of sending troops and taking sides in the Libyan conflict.

“Turkey should not enter into a new adventure,” he told Reuters. “The AKP government should immediately stop being a party to the war in Libya.”

By Jonathan Spicer, Yesim Dikmen. Additional reporting by Irem Koca in Istanbul and Dan Williams in Jerusalem and George Georgiopoulos in Athens; Editing by Christina Fincher and Louise Heavens

Fighting rages near Libya’s capital amid push by rebel army