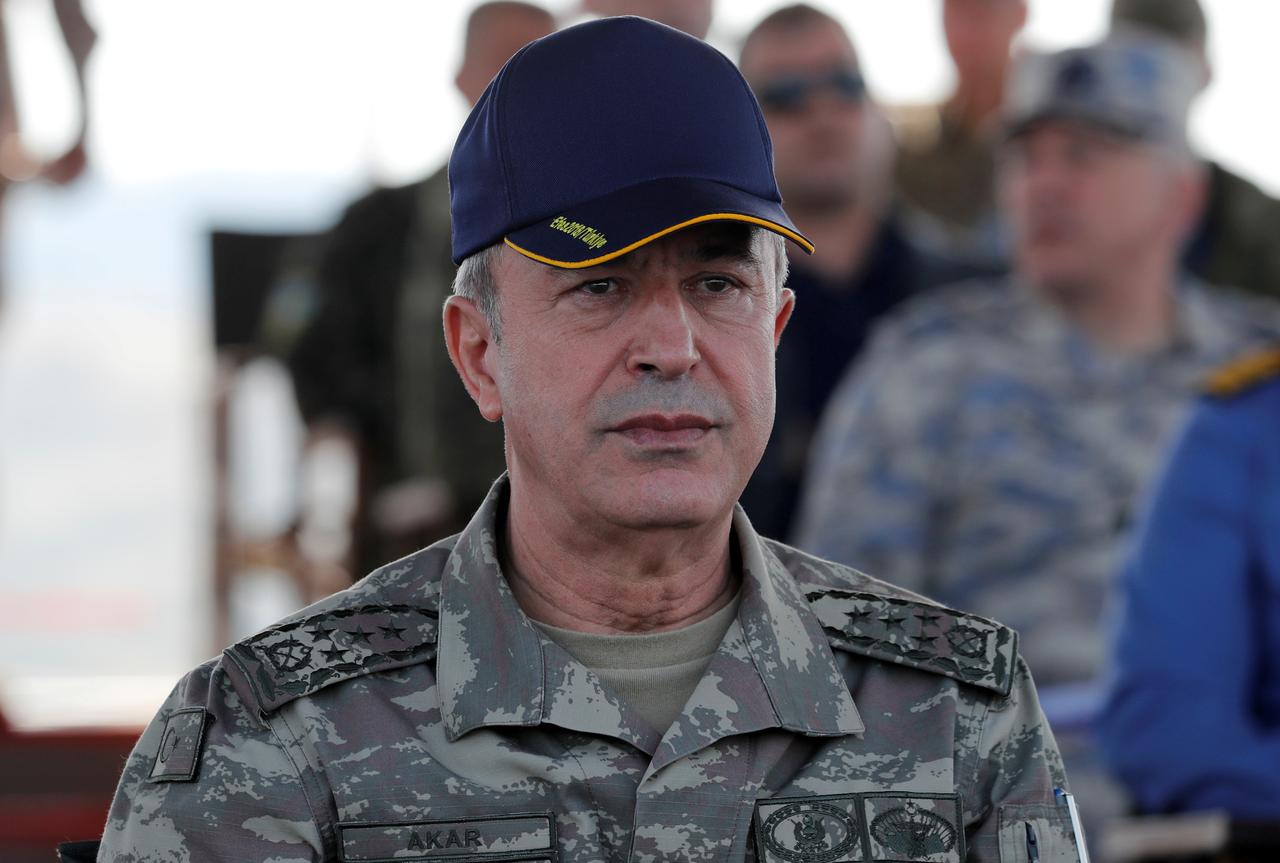 Syria’s army, backed by Russian air power, launched ground operations this week against the southern flank of a rebel zone consisting of Idlib and parts of adjacent provinces.

“Humanitarian problems grow each day and it is increasingly showing a tendency to turn into a catastrophe,” he said.

Akar also said the attacks pose a threat to the security of Turkey’s observation posts in the northwest, where Turkey carries out patrols.

“We expect Russia to take effective and determined measures to make regime forces stop their attacks on the south of Idlib and immediately return to the borders set by the Astana agreement,” Akar said, referring to the Kazakh capital by its previous name.

On Thursday, Russian Deputy Foreign Minister Sergei Vershinin said the operation was a reaction to terrorists in the area, and was being carried out “in coordination with our Turkish partners,” TASS news agency reported.

The United Nations Security Council was briefed behind closed doors on Friday on the situation in northwest Syria. Afterward, 11 the 15 members – including the United States, France and Britain – jointly condemned the killing of civilians and warned of a possible humanitarian catastrophe in Idlib.

“We are alarmed by the displacement of over 150,000 persons as well as the targeting of population centers and civilian infrastructure, including hospitals and schools,” Belgian UN Ambassador Marc Pecsteen de Buytswerve told reporters on behalf of the 11 members.