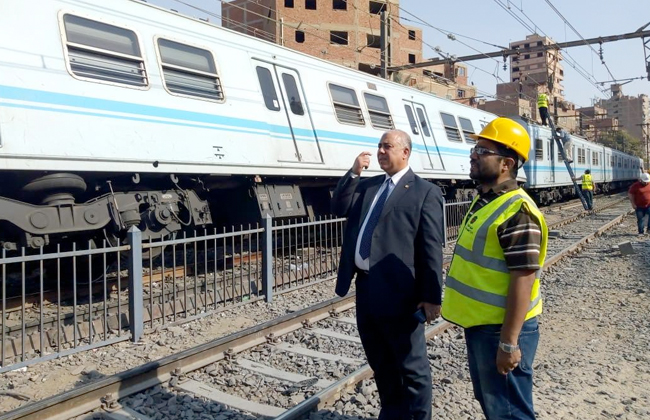 The Egyptian Company for Egyptian Management and Operation stated that two compartments detached from a metro train while it was moving from the al-Marg al-Qadema station into Ezzbet al-Nakhl station on Saturday.

No injuries among the passengers are reported, the company said.

Minister of Transportation Hesham Arafat formed a committee in order to study what caused the incident, which led to a traffic jam at the al-Marg-Helwan line.

The company’s official spokesperson Ahmed Abdel Hadi said that the maintenance squad is lifting up the two vehicles to return movement of metro trains in al-Marg-Helwan line.

The metro trains currently move in the two directions from Helwan station into al-Mataria station and they move in one direction from al-Matarya station to Ezzbet al-Nakh station, Abdel Hadi added.

Meanwhile, Head of the Public Transport Authority Rezk Ali has sent buses and mini-buses between al-Mataria and Ezzbet al-Nakhl stations to transport the metro passengers.

Egypt to install double-decker trains by end of 2018