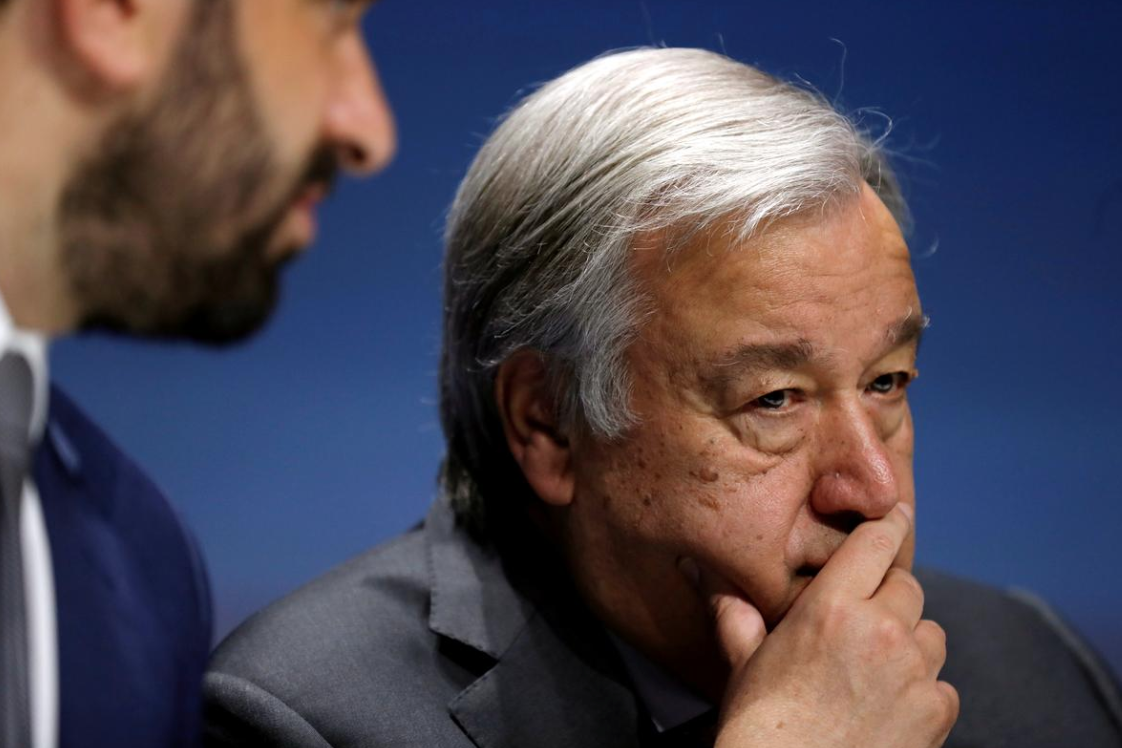 UNITED NATIONS (Reuters) – United Nations Secretary-General Antonio Guterres said on Tuesday it was important “to pursue peace efforts to realize the vision of two States, Israel and Palestine, living side by side in peace and security.”

Guterres was speaking at a pledging conference in New York for the U.N. agency that helps Palestinian refugees as President Donald Trump’s administration launched in Bahrain a $50 billion economic formula for Israeli-Palestinian peace.

He told reporters that there was no clash between the UNRWA pledging event and the U.S.-organized conference in Bahrain because “we deal with the realities of today.”

Most of the refugees UNRWA helps are descendants of about 700,000 Palestinians who were driven out of their homes or fled fighting in the 1948 war that led to Israel’s creation and claim a right of return to the lands they left.

Hatem Hamdouna, a 14-year-old student from Gaza and member of the UNRWA student parliament, addressed ambassadors and diplomats at the pledging conference in New York on Tuesday.

“Since I was born, I experienced three wars,” he said. “However, during the darkest times UNRWA education was my only hope for a better future … UNRWA education is just like oxygen, it keeps us alive.”

The United States – formerly UNRWA’s largest donor, halted its funding to the agency in 2018, deeming its fiscal practices “irredeemably flawed” and stoking tensions between the Palestinians and the Trump administration.

UNRWA was able to fill the gap of several hundred million dollars and Krahenbuhl said that, while each year is a struggle, he was encouraged that donor momentum had not been lost.

UNRWA’s mandate is due to come up for renewal later this year in the General Assembly, where support for the agency has been traditionally strong and the United States would likely face an uphill battle to change or cancel the operation.

“We actually have probably the best support base in overall political terms that we’ve ever had in the history of this institution,” Krahenbuhl said.

Reporting by Michelle Nichols at the United Nations; Editing by Chizu Nomiyama and James Dalgleish