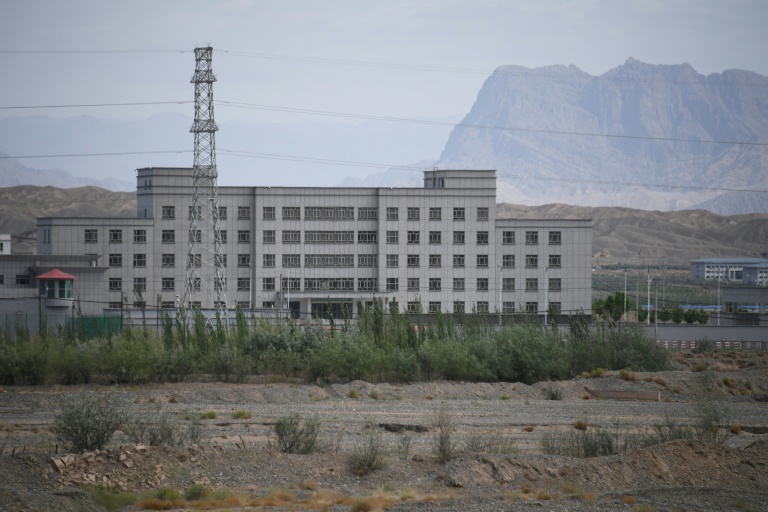 China’s claim that “most” inmates have been released from re-education camps in its Xinjiang region has been met with anger and scepticism by the Uighur diaspora which has launched a social media campaign challenging Beijing to prove it.

Rights groups and experts say more than one million mostly Muslim ethnic minorities have been rounded up in internment camps in the tightly-controlled northwest region, home to China’s Uighur population.

But on Tuesday, Xinjiang officials told reporters that “most” people held in the camps had already returned home — though they did not share any figures.

“It’s absolutely not true,” said Guly Mahsut, a Uighur based in Canada.

“One of my cousins and one of my tour guide friends, and my friend’s husband, they are still in the camps,” the 37-year-old told AFP.

Mahsut and other overseas Uighurs have responded to China’s claim with the hashtag “#Provethe90%”, featuring stories and photos of missing friends and family who they have been unable to contact in Xinjiang.

The hashtag is a reference to remarks made by Xinjiang chairman Shohrat Zakir, who told reporters “more than 90 percent” of those who “return to society…have work that they like and find suitable.”

“China does not need to say they released most if they really did so,” said Arfat Erkin, a Uighur student in the United States who tweeted about his father using the “#Provethe90%” hashtag.

“All it needs is to give journalists normal access to those camps — not staged camps — and give official permission for Uighurs to contact their relatives abroad,” he told AFP.

Bahram Sintash, who has posted information about destroyed mosques and neighbourhoods in Xinjiang, also tweeted about his 69-year-old father, a retired editor who Sintash said was taken December 2017.

Asked about the scepticism, foreign ministry spokeswoman Hua Chunying said Wednesday that she was “not aware of the specific number” of people who have left the centres.

She said “the real Xinjiang is a lot different from what was depicted by certain Western media”, adding that China has arranged trips to the region for diplomats and foreign journalists.

It is difficult to verify China’s claims, as the government has made independent reporting in Xinjiang extremely challenging.

“China is making deceptive and unverifiable statements in a vain attempt to allay worldwide concern for the mass detentions of Uighurs and members of other ethnic minorities in Xinjiang,” said Amnesty International’s director for East Asia, Nicholas Bequelin.

He said Amnesty had not received any reports of large-scale releases.

On a six-day trip to the region last month, AFP reporters were almost constantly followed by plainclothes men. They also encountered roadblocks and were turned away by security forces upon nearing some camps.

For Uighur student Erkin, China’s claim that “most” detainees have been released does not seem believable given Beijing’s initial denial of the very existence of re-education camps last year.

“It’s like a joke,” he said. “Many people are still detained, including my father and other relatives.”

In October 2018, the Chinese government pivoted from outright dismissal to calling the camps “vocational education centres” in the face of mounting evidence in the form of government documents, satellite imagery, and escapee testimony.

Beijing defends the centres as a necessary counter-extremism measure, where detainees learn subjects like Mandarin and Chinese law.

AFP/File / GREG BAKER It is difficult to verify China’s claims about the camps, as the government has made independent reporting in Xinjiang extremely challenging

But former inmates and rights groups say individuals are subjected to political indoctrination and abuse.

One ex-detainee told AFP that he was forced to sing the Chinese national anthem every morning and eat pork, which is prohibited in Islam’s religious restrictions.

Even if people are released, “how permanent is it?” said Arslan Hidayat, son-in-law of prominent Uighur comedian Adil Mijit, whom he lost contact with last November.

“They are still in Xinjiang and they can again be arbitrarily detained,” he said, adding that inmates could technically be released from re-education centres only to be sent to what some reports have described as forced labour.

“There are still so many hopeful Uighurs,” he added, explaining that some believe staying silent could help keep loved ones out of the camps.

Hidayat said China’s claim that “most” have left the camps could affect “those who are already scared, people who don’t want to speak up, to stop them further”.

China says most people in Xinjiang camps have 'returned to society'