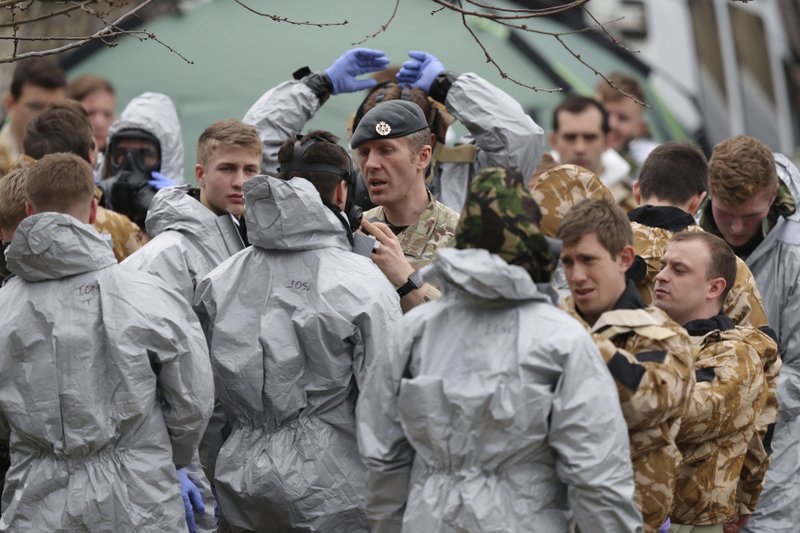 The UK is expected to formally blame Moscow for poisoning a former Russian agent on British soil, according to newspaper reports. Prime Minister Theresa May will chair a National Security Council meeting on the incident.

The UK government could unveil new sanctions against Russia on Monday in response to the poisoning of former double agent Sergei Skripal and his daughter in the southern city of Salisbury.

Prime Minister Theresa May will chair a meeting of the UK’s National Security Council on Monday to discuss the incident.

According to several British newspapers, citing government sources, after the meeting she is expected to declare that the attack was a state-sponsored murder attempt, carried out by Russia on British soil, and announce fresh sanctions against Moscow.

British daily The Times reported that the prime minister is also considering an array of other hardline measures, including diplomatic expulsions and rescinding the visas of Kremlin-linked residents among the possible measures.

Lawmaker Tom Tugendhat told the BBC on Monday that the poisoning of Skripal, 66, and his daughter Yulia, 33, looked “awfully like it was state-sponsored attempted murder.”

He added: “We’re expecting the prime minister to make an announcement soon and frankly I would be surprised if she did not point the finger at the Kremlin.”

Former Russian intelligence agent Skripal and his daughter were found slumped on a bench in the southern English town of Salisbury on March 4. The pair was rushed to hospital where they remain in critical but stable condition. Authorities confirmed that the father and daughter were poisoned by a nerve agent, but have yet disclose the specific type used.

Russia has denied any involvement in the attack.

May under pressure to respond

Theresa May has come under pressure to crack down on Moscow by the more hawkish voices in her Cabinet, including Foreign Secretary Boris Johnson and Defense Secretary Gavin Williamson.

Johnson has warned that the UK would act robustly if Russia was found to be behind the poisoning. He also compared the incident to the murder of ex-KGB agent Alexander Litvinenko in London in 2006m, who died after drinking tea laced with radioactive polonium.

Skripal arrived in the UK in 2010 as part of a spy swap deal between London and Moscow. A former colonel in Russia’s military intelligence service, he was detained and jailed in his country after being found guilty of betraying agents to Britain’s MI6 secret service.

Officials said on Sunday that over 250 counterterrorism officers were in Salisbury, evaluating some 240 pieces of evidence and interviewing around 200 witnesses.

They are backed by roughly 180 military troops, who arrived in the southern English town to provide logistical support.

The UK government issued a health warning on Sunday, urging anyone who frequented either the Zizzi restaurant or Mill pub in Salisbury on March 4 or 5 to wash their clothes and possessions.

Dr. Jenny Harries of Public Health England stressed during a press conference that there was a very low risk of exposure to the poison. However, the government nevertheless faced a wave scrutiny over why it took seven days to provide advice on how to limit exposure to potential health risks.