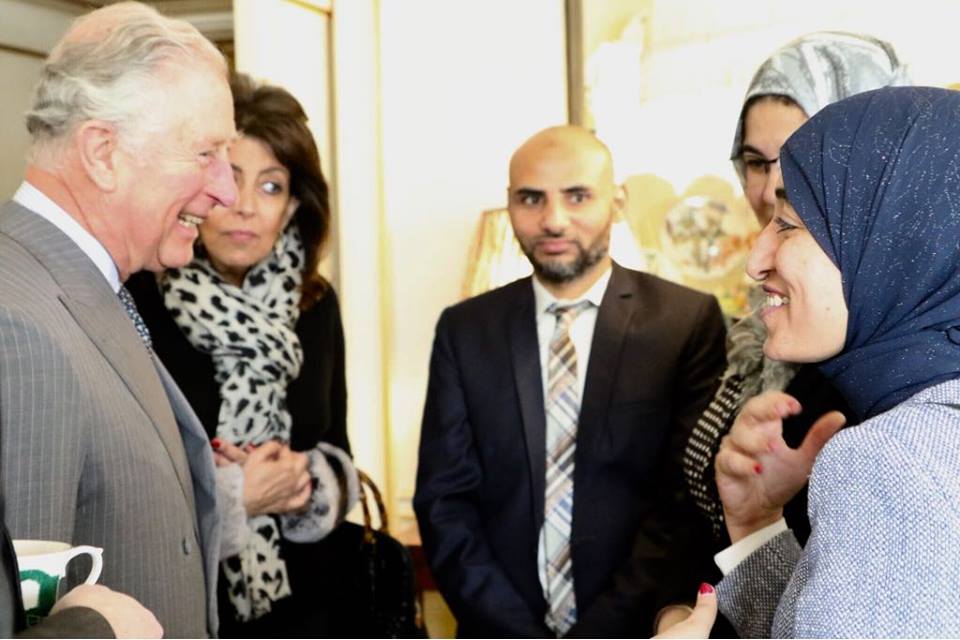 The UK’s Prince Charles of Wales discussed religious tolerance and efforts exerted to combat extremism during a meeting with six Egyptian students from the UK-Al Azhar scholarship program at his London residence, a press statement released by the British Embassy in Cairo said on Sunday.

The Religious Studies Scholarship was established in 2015 by the Grand Imam of Al-Azhar, Ahmed al-Tayeb, and the British Ambassador to Egypt John Casson. The prince was awarded an honorary doctorate from Al-Azhar because of his efforts to promote interfaith dialogue, moreover he is the patron of the scholarship’s fundraising campaign.

The grant aims at promoting dialogue between cultures and religions to support renewed and positive religious voices in Egypt and across the globe. Since 2016, six scholarships have been awarded and each grant is valued at more than £170,000 per candidate.

The reception was attended by both Ambassador Casson and the director of the British Council in Egypt, Jeff Streeter. “We’re proud to partner with Al-Azhar to encourage dialogue and support young faith leaders like the six Egyptian students here today, in order to promote the values of peace, openness and tolerance,” Ambassador Casson was quoted as saying in the statement.

Casson said that empowering young people and raising positive voices is an essential part of global efforts to combat extremism.

Meanwhile, Streeter said that “more than a decade of patient work is coming to fruition with a deepening friendship between the UK and the Islamic scholars of Al-Azhar. Through our English teaching work we can help Al-Azhar scholars express themselves in international circles and contribute to a greater global understanding of Islam.”

To date, this grant has been generously supported by a number of donors, including Asim Allam, Khalid Azzazy and the Commercial International Bank Foundation (CIB). Moreover, two new donors, Basil El Baz and Tawfiq Diab, were partnered with the scholarship program this year.

The statement said that this is the first step in a campaign to raise a further £2m to provide for 15 more scholarships from now until 2025.

The meeting came after the recent death of Mariam Mostafa, an engineering Egyptian student and resident of the city of Nottingham, who was severely beaten and subsequently killed following an attack by a group of young women last month. The case has been described as an alleged hate crime, but investigations into the nature of the attack continue.

The industry of extremism