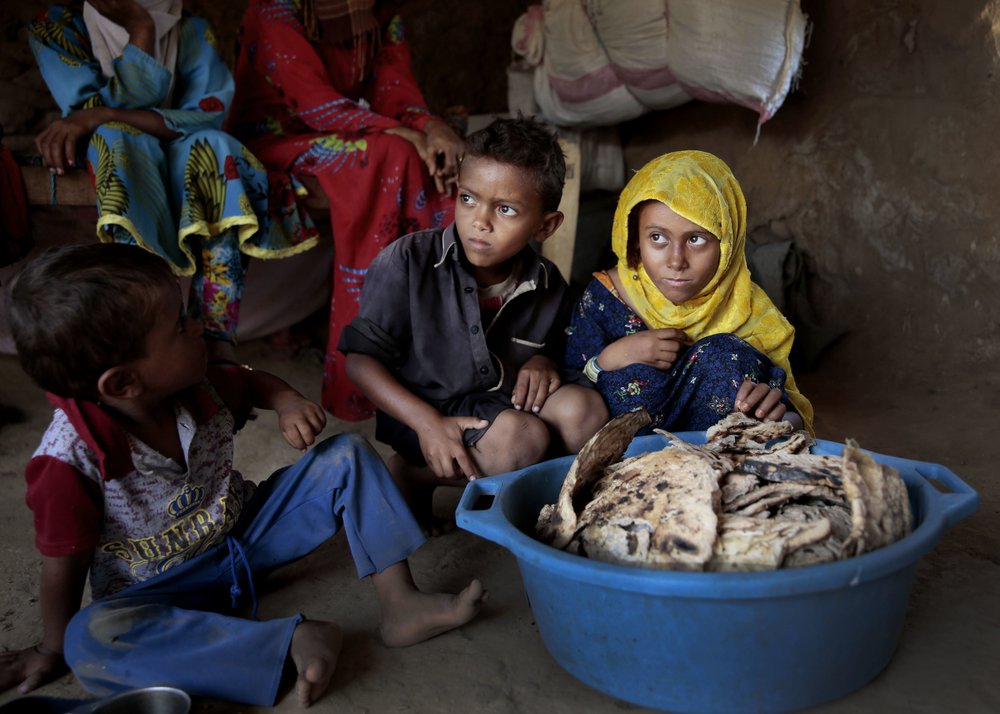 CAIRO (AP) — An airstrike in northwest Yemen killed seven children and two women, the United Nations reported Monday, the latest escalation of a conflict that has killed thousands of civilians and spawned the world’s worst humanitarian crisis.

The Houthi rebels had accused their rivals, the Saudi-led coalition, of striking civilian targets across northwest Yemen late Sunday, killing women and children as young as two years old.

The UN humanitarian office in Yemen said field reports appeared to confirm an attack that left nine dead and wounded another two children and two women in Hajjah province.

“It is truly appalling to hear accounts of lifeless children being dragged out of the rubble,” said Xavier Joubert, Save the Children’s country director in Yemen.

The Saudi-led coalition said it would investigate the strike “to consider the possibility of an accident.”

“Based on what was revealed […] about the possibility of civilian casualties during an operation targeting a gathering of Houthi leaders, all documents were transferred to the Joint Incident Assessment Team for consideration,” said coalition spokesman Col. Turki al-Maliki.

The coronavirus pandemic, which has surged across war-torn Yemen and overwhelmed its deficient health system, has created new urgency for peace efforts.

But UN-backed proposals to bring about a cease-fire between the internationally recognized government, backed by the coalition, and the Iran-supported Houthi rebels, have so far failed to gain traction.

“It is incomprehensible that in the middle of the COVID pandemic, when options for a cease-fire are on the table, civilians continue being killed in Yemen,” said Lise Grande, humanitarian coordinator for Yemen.

Meanwhile, the coalition has stepped up airstrikes, including on the capital, Sanaa, and the Houthis have escalated their cross-border attacks on the kingdom. Yehia Sarea, the Houthi military spokesman, claimed Sunday that the rebels had launched a large-scale attack on Saudi airports and military bases. The coalition said its air defense systems intercepted four ballistic missiles and seven explosive drones.

“Yemen can’t take much more,” said Grande, with each month bringing some new measure of civilian misery. “Health and water programs are shutting, famine is stalking the country again, and people all across the country are being hit hard by COVID.”

Nearly 80 percent of the country’s 24 million people require aid. Meanwhile, a UN humanitarian appeal for Yemen this month fell one billion US dollars short of what aid agencies needed. As a result, some 75 percent of UN programs for the country have shut their doors or rolled back operations.

The conflict erupted in 2014 when the Houthis overran Sanaa and much of the country’s north. The Saudi-led coalition, with support from the US, intervened several months later to oust the Houthis and restore the internationally recognized government.

The war has killed over 112,000 people, including 12,600 civilians, according to the Armed Conflict Location & Event Data Project.