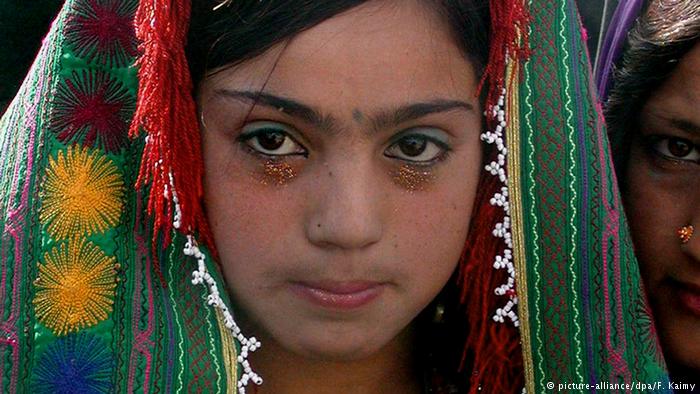 The children’s agency UNICEF welcomed the new findings, but said “we’ve got a long way to go.” The new figures show the global burden is shifting from South Asia to sub-Saharan Africa.

Global advocacy efforts led to an estimated 25 million fewer child marriages since 2008 with South Asia seeing the largest decline in the practice, UNICEF said on Tuesday.

But the agency warned that some 150 million girls are at risk of being married before their eighteenth birthday through to 2030 — the the UN’s target date for ending the practice — unless more is done.

What the report found:

‘Any reduction is welcome news’

UNICEF’s Principal Gender Advisor Anju Malhotra said: “When a girl is forced to marry as a child, she faces immediate and lifelong consequences. Her odds of finishing school decrease while her odds of being abused by her husband and suffering complications during pregnancy increase. There are also huge societal consequences, and higher risk of intergenerational cycles of poverty.”

“Given the life-altering impact child marriage has on a young girl’s life, any reduction is welcome news, but we’ve got a long way to go,” she said, adding: “we’re going to have to collectively redouble efforts to prevent millions of girls from having their childhoods stolen through this devastating practice.”

How UNICEF did the calculations: The agency used national estimates of the number of child marriages from over 100 countries. The estimates were based on data from household surveys, including two surveys backed by UNICEF and the United States Agency for International Development (USAID).