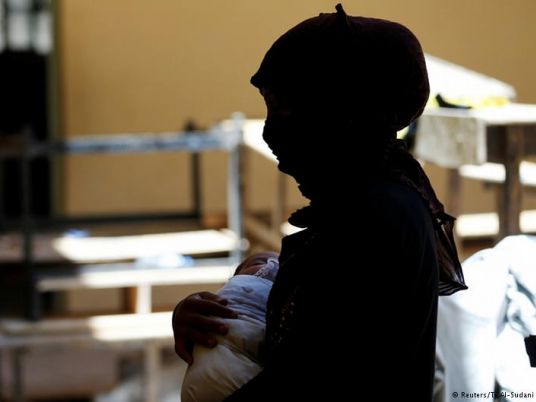 Sexual violence is increasingly being used as “a tactic of terrorism” from Iraq, Syria and Yemen in the Middle East to Somalia, Nigeria and Mali in Africa, a top UN official said Monday.

These extremist groups “are obscenely incentivizing recruitment of young men through the promise of wives and sex slaves,” she told the UN Security Council. “They are outrageously boosting profiting through the sale, trade and trafficking of women and girls.”

Mohamed said there is a gradual shift from the past where it was “cost-free” to rape a woman, man or child in a conflict to some accountability at the international and national level “for anyone who commits, commands or condones such crimes.”

But she stressed that inequality and discrimination against women are at the root of conflict-related sexual violence and must be addressed before real change comes. “All our words, and laws, and resolutions, will mean absolutely nothing if violations go unpunished in practice, and if we fail in our sacred duty of care to survivors,” she said.

Adama Dieng, the acting UN special representative on sexual violence in conflict, said sexual violence is also “a tool of dehumanization and shame” and “a weapon of punishment and persecution.”

He pointed to “new dimensions of this scourge,” including using sexually enslaved women and girls as human shields and suicide bombers. And, he said, they are sometimes used as a kind of “currency” to compensate fighters — “as if women were ‘expendable resources’ in the machinery of terrorism.”

Dieng said the stigma that victims of sexual violence in conflict face after release can be as bad or worse than the ordeal.

He cited examples of an Iraqi girl who so feared being killed by relatives after returning from captivity by Islamic State extremists that she attempted suicide by eating rat poison, and a girl raped by a Boko Haram fighters who was pregnant when released and was told by a local militia in her community that they would return to kill her “Boko Haram baby” as soon as it was born.

MP calls for castration of sexual harassers in draft law

“Sexual violence is a crime that can turn victims into social outcasts,” Dieng said. “Whether it results in ‘honor crimes,’ suicide, untreated medical conditions, unsafe abortion, extreme poverty, or social exclusion, the consequences can be lethal. Simply stated: Stigma kills.”

Both Mohammed and Dieng called for the stigma of sexual violence to be redirected from the victim to the perpetrator.

Dieng said survivors of sexual violence must be recognized as “legitimate victims of conflict and terrorism who are entitled to relief, reparations, and equality before the law.”

He said not a single Islamic State militant has faced trial for sexual violence crimes against the Yazidis or anywhere else in the world. And he said “pervasive impunity” persists in South Sudan where sexual violence “mirrors the fault lines of the wider political and ethnic crisis.”

In Congo, the government has prosecuted over 400 members of the armed forces since 2013 for sexual crimes, Dieng said, but no perpetrator has been tried and no survivor has received reparations in the seven years since the notorious rape of 387 civilians in Walikale.

Sweden’s defense minister, Peter Hultqvist, said that “political leadership is needed at all levels to change norms in society.”

“All leaders have a duty to challenge sexist views and violent behavior and attitudes towards women and children,” Hultqvist said, telling the council he is proud to be a Cabinet minister in a “feminist” government. “The responsibility to address and speak up falls greater on us in male dominated sectors, such as defense and security.”