Agriculture is an important economic sector in Egypt, one that depends on the limited resources of the fertile land and water. Fertile arable land is limited to the valley and Delta of the Nile, which does not exceed 4 percent of Egypt’s surface. Arable land faces serious challenges, most important of which is urban encroachment.

It is estimated that urbanization eats away 16,000 to 20,000 hectares of agricultural land yearly, and 30 percent of the soils most suitable for agriculture are under urban land cover. This is serious considering that Egypt suffers from a food deficit and imports more than 40 percent of its food needs; hence the urban encroachment phenomenon must be taken seriously.

Building on agricultural land is illegal according to the 1966 agricultural law and its amendments. Violators are sentenced to a fine not less than LE10,000 and not exceeding LE50,000, in addition to the removal of the violation at their expenses.

Prior to 25 January revolution, ousted President Hosni Mubarak’s successive governments merely referred violators of the law that protects agricultural land to the justice system, and then would withdraw the case against them during the parliamentary elections as a bribe to voters.

There is evidence to believe that urban encroachment at the detriment of agricultural land has risen sharply following the revolution due to the lax security. However, removal campaigns that have started in different governorates will not restore the land’s fertility.

There are reasons why farmers give away their agricultural land for construction. Around 90 percent of landowners own less than five feddans of land, and it is those landholders who are usually the most tempted to sell their land. The yield from the sale of the land for construction greatly exceeds the yield of cultivating it as agricultural land. In the neoliberal era we live in, small farmers are left to suffer from decreasing government support in providing accesible agricultural inputs and marketing of their products, and are faced with fierce competition by large holding companies.

Egyptian migrants working in oil-rich countries who migrate due to low rural income invest their remittances in construction in their home villages as a venue for safe investment. The significant rise in the number of housing units and construction results in an increase in land prices similar to that of their urban counterparts. Consequently, many owners, especially non-residents of the village, make their lands available to the urban expansion rather than keeping it for cultivation.

No matter how valuable land as a resource is, there is an equal importance to the right of individuals to adequate housing. The law does not prohibit landowners from building houses for their private residence, which should not exceed 2 percent of the total area of the land owned. In fact, given that 57 percent of Egypt’s population lives in rural country side, the 2 percent looks quite minimal.

A viable solution for responding to the housing needs of rural dwellers would be to use the villages’ boarding desert for construction. However, not all villages are surrounded by desert land. More importantly, the Defense Ministry generally controls desert land, allegedly for reasons of “national security.” Desert land that does not fall under the control of the military is unfortunately mainly regarded as a source of attraction of foreign and local investment.

The easy way out of this conundrum would be to unjustly blame farmers for not being able to preserve their land and penalize them, while advocating land reclamation as a solution to the loss of land.

A huge ambitious project of land reclamation, such as the infamous Toshka Lake (the Southern Valley development project), is a huge failure. In general, land reclamation does not solve the problem, since urban encroachment is taking place at a higher rate than reclamation. Additionally, the reclaimed land in contrast with arable land requires more work and resources, which are scarce, specifically water.

A government that does not work on providing alternative rural housing, and instead imposes policies that harm small farmers, in addition to focusing on land reclamation as the only solution to this problem, is one that is bound to face a dead end. Fostering agriculture is a matter of political will, and until we treat it as such, nothing will change.

Mai Choucri is a social researcher and NGO worker. 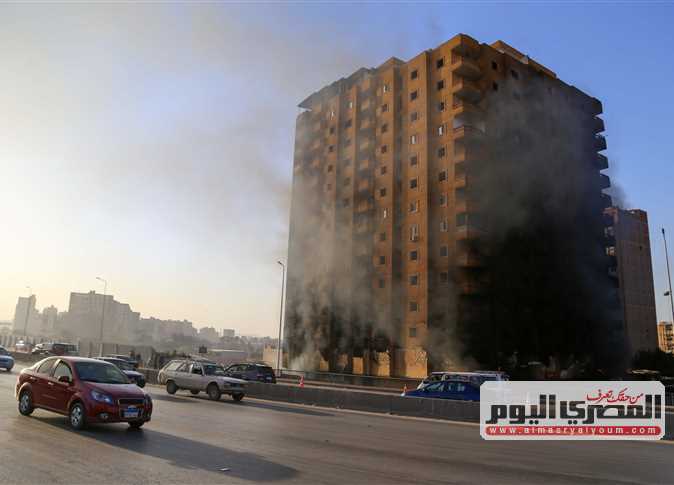