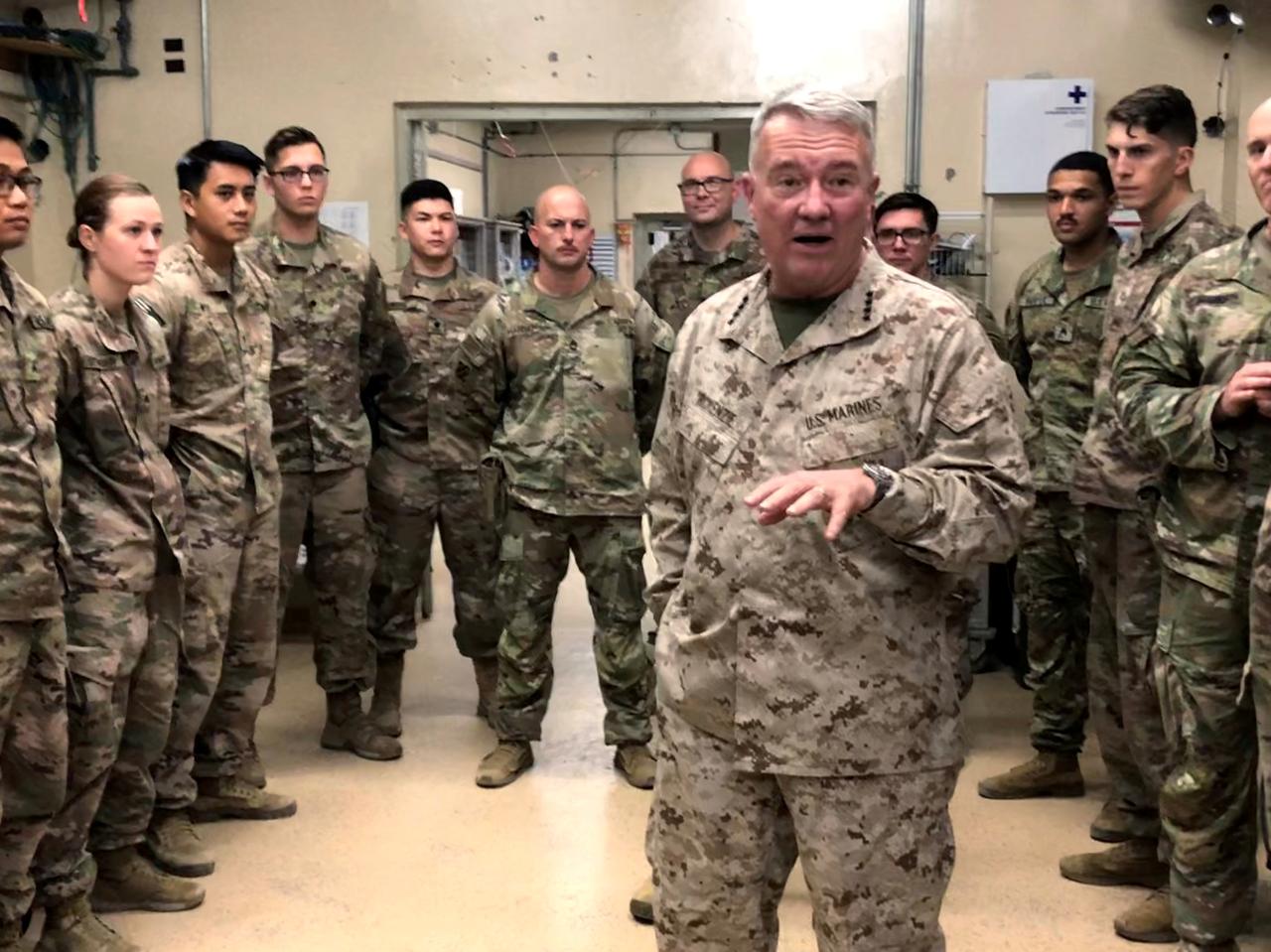 The chief of the US Central Command and France’s defense minister, whose countries have taken divergent approaches to Iran, also touted rival versions of maritime missions to protect Gulf waters at a Bahrain security forum on Saturday.

More than two months after the biggest assault on Saudi oil facilities, Riyadh and Washington have yet to provide concrete proof linking Iran to the attack while Saudi Arabia has provided few details about how it is addressing gaps in its air defenses.

Tehran denies involvement in the strikes that initially halved the crude output of the world’s top oil exporter and led the United States to send thousands of troops and military hardware to the kingdom.

“We continue to refine information on the attack against (Saudi state oil firm) Aramco and that will be released principally through the Saudis,” said General Kenneth McKenzie, who oversees operations in the Middle East and South Asia.

“We are working with the Saudis to increase the networking of their systems. That will make them better able to defend against this type of threats,” he told reporters.

McKenzie said boosting the US military presence at Prince Sultan Air Base south of Riyadh, in addition to large bases in Qatar and Bahrain, would “complicate an adversary’s ability to target you”.

“It will be in Saudi Arabia in the coming days so it will be operational very, very rapidly. But there is an analysis to be done in order to better identify how to fill the gap,” she later told reporters.

The Sept. 14 strikes heightened regional tensions following attacks on tankers in Gulf waters and other Saudi energy assets in the summer that Washington also blamed on Iran, a charge Tehran denies.

Saudi Minister of State for Foreign Affairs Adel al-Jubeir told the IISS Manama Dialogue that Riyadh was consulting with its allies about what measures would be taken against Iran after the investigation concluded. He gave no timeframe.

The event focused mostly on the Iranian threat but included no representatives from Tehran. It underscored differences between Western allies over how to deal with Iran since the United States quit a 2015 international nuclear pact.

France wants to salvage the agreement, which Saudi Arabia and other US-allied Gulf states oppose for failing to address Iran’s ballistic missiles program and regional interference.

“We have seen a deliberate, gradual US disengagement,” Parly said, citing also US inaction over a 2013 chemical attack in Syria and this year’s downing of an American drone by Iran.

She said it was time to “reinvent deterrence”, mentioning France’s efforts to form a European-led maritime mission, unassociated with the US maximum pressure campaign on Iran, to help “cool down tempers”.

Parly told reporters the initiative could start early next year and around 10 European and non-European governments would join pending parliamentary approval.

Only Albania, Australia, Bahrain, Saudi Arabia, the United Arab Emirates and the United Kingdom have so far joined the US-led International Maritime Security Construct (IMSC), which McKenzie said would “shine a spotlight on nefarious activity”.

Saudi Arabia says if attack launched from Iran, it would be an act of war: CNN