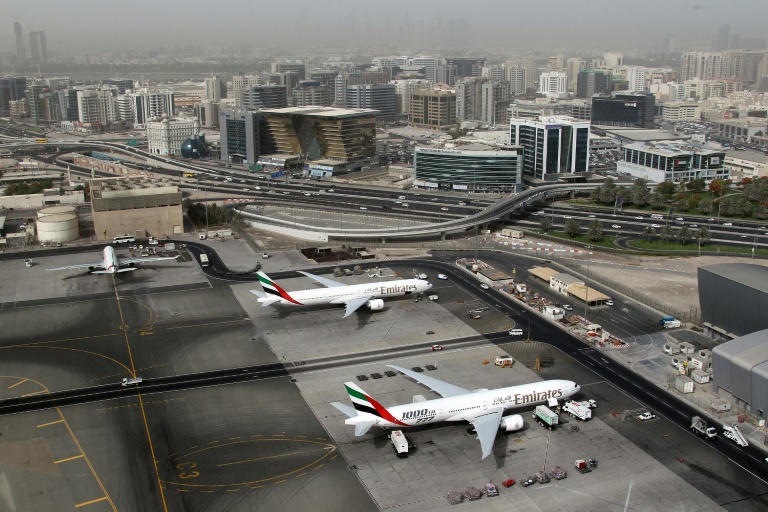 US moves against Chinese tech titan Huawei have had “no effect” on the firm’s aviation business despite several countries taking steps to block its mobile services, a top company executive said Monday.

Huawei has been caught in an intensifying trade war between the United States and China, with President Donald Trump moving to blacklist the Chinese manufacturer over national security concerns.

Huawei provides information and communication technology solutions to more than 50 airports and 15 airlines around the world, including Dubai Airports and the Changi Airport Group in Singapore.

Its services include video surveillance and airport cloud systems as well as wifi services and storage servers.

“Until now, there is no effect,” Liu told AFP on the sidelines of the annual International Air Transport Association (IATA) conference in Seoul.

Huawei customers at the event had pledged to “keep cooperating” with the firm despite Washington’s accusations, Liu said.

“For all the rest of the world, we are keeping doing business with them for more than 10 years,” Liu said.

“Because this trust is not one day trust. It’s a long-term trust for the past 15 years, even 30 years.”

Huawei has risen to become the world leader in telecom networking equipment and one of the top smartphone manufacturers alongside Samsung and Apple.

The US Commerce Department last month placed the company on an “entity list” on grounds of national security, a move that curbs its access to US-made components it needs for its equipment. A 90-day reprieve was later issued.

A number of countries have also blocked Huawei from working on their mobile networks and companies have stepped back from the firm following the US ban, citing legal requirements.

“We cannot change the situation right now because we are businessmen,” Liu said. “But we hope the United States can change their way.”

If the US persisted with its moves, Liu said, it would “force us to use Plan B”, referring to heavy investments in new technology, including developing its own chips.

Washington has long voiced suspicions that Huawei is controlled by the Chinese government and thus a global security threat — charges strongly denied by the firm and by Beijing.

China’s defense minister said Sunday that Huawei was “not a military company” despite its founder Ren Zhengfei’s previous career in the People’s Liberation Army.

Huawei asks US court to throw out federal ban