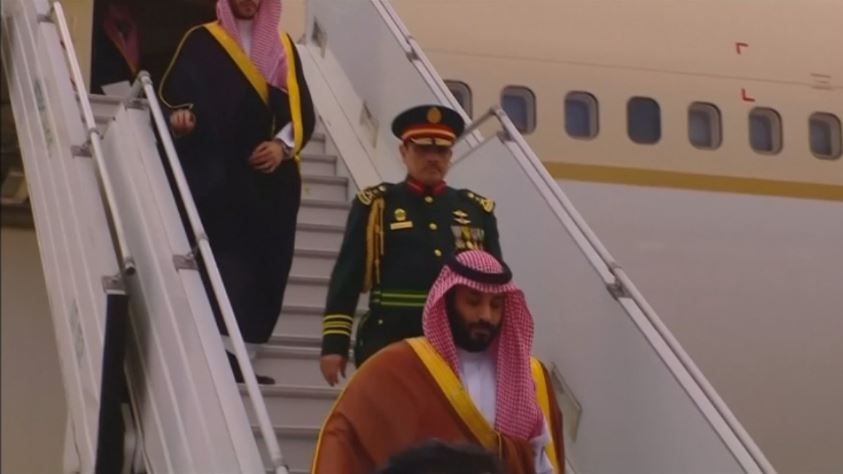 WASHINGTON (Reuters) – Two senior US Cabinet members urged senators on Wednesday not to downgrade ties with Saudi Arabia over the murder of journalist Jamal Khashoggi, but lawmakers from both parties said they could not turn a blind eye to reports that the country’s de facto ruler was involved in last month’s killing.

Secretary of State Mike Pompeo and Defense Secretary Jim Mattis said there was no hard evidence that the powerful Crown Prince Mohammed bin Salman was behind the killing, seemingly contradicting an assessment by the CIA about Khashoggi’s death in the Saudi consulate in Istanbul.

“We have no smoking gun the crown prince was involved, not the intelligence community or anyone else. There is no smoking gun,” Mattis told reporters at the Pentagon.

Mattis said he had read all the US intelligence reports about the incident and a transcript of what is believed to be an audio recording of the killing.

After repeated calls from members of Congress for a strong US response to Khashoggi’s death, both Mattis and Pompeo briefed the Senate behind closed doors about Saudi Arabia, the Oct. 2 murder of Khashoggi and the war in Yemen.

Pompeo acknowledged to the lawmakers that the Yemen conflict – in which Saudi Arabia is deeply involved – has taken a terrible toll on civilians, but he argued that the Saudis provide an important counterweight to Iran in the region.

“More broadly, degrading ties with Saudi Arabia would be a grave mistake for US national security, and that of our allies,” Pompeo said in his prepared remarks to the Senate. “The Kingdom is a powerful force for stability in an otherwise fraught Middle East.”

Pompeo told reporters after the briefing that there was no direct evidence connecting Crown Prince Mohammed to Khashoggi’s murder.

However, Pompeo and Mattis did not seem to sway leading Senate foreign policy voices, including some of Trump’s fellow Republicans, who said they believed taking no action would send a more dangerous message to the world.

Republican Senator Bob Corker, chairman of the Senate Foreign Relations Committee, said after the briefing it was apparent to everyone in the room that the crown prince was responsible for Khashoggi’s death.

“We have a problem here. We understand that Saudi Arabia is an ally, of sorts, and a semi-important country,” Corker said. “We also have a crown prince that’s out of control.”

Corker warned that Congress would act if the administration does not. “I think 80 percent of the people left the hearing this morning not feeling like an appropriate response has been forthcoming,” Corker said.

Defying the White House, the Senate voted on Wednesday to advance a resolution to end US military support for the Saudi-led coalition in Yemen’s civil war, setting the stage for a possible final vote on the measure within days.

“It is outrageous that we are willing to turn our eye away from such a murder because we have ‘interests,’” Menendez said.

Trump has dismissed a CIA assessment that the crown prince likely ordered Khashoggi’s killing. He vowed last week to remain a “steadfast partner” of Saudi Arabia and said it was not clear whether the prince knew about the plan to kill Khashoggi.

Those comments further angered members of Congress who have demanded an investigation of potential involvement by the crown prince.

Many were angry that CIA Director Gina Haspel did not participate in the briefing, as they had requested.

Republican Senator Lindsey Graham, who has been one of Trump’s closest congressional allies, said he wanted to know whether the CIA assessment supports his belief that the killing could not have happened without the prince’s knowledge.

Graham said he would withhold his vote on any key issue, including must-pass spending bills, until the CIA briefs senators about Khashoggi’s killing.

When asked if he had told Trump as much, Graham said, “I just did.”

Saudi Arabia and other Gulf Arab states have been battling in Yemen since 2015 to restore a government driven out by the Houthis, Shi’ite Muslim fighters that Yemen’s neighbors view as agents of Iran. The war has killed more than 10,000 people and created the world’s most urgent humanitarian emergency.

Pompeo said the United States would provide an additional $131 million for food aid in Yemen.

Mattis said pulling back US military support in Yemen and stopping weapons sales to important partners would be misguided.

“Our security interests cannot be dismissed,” Mattis said, even as Washington seeks accountability for Khashoggi’s murder, a crime which “our country does not condone.”

An Argentine federal judge reviewing a complaint against the Saudi crown prince has asked the Argentine Foreign Ministry to seek information from Yemen, Turkey and the International Criminal Court, the judge’s office said.

The office of judge Ariel Lijo said it was seeking information on any open cases relating to the murder of Khashoggi or war crimes in Yemen.

The crown prince arrived in Buenos Aires earlier on Wednesday for a summit of G20 nations.