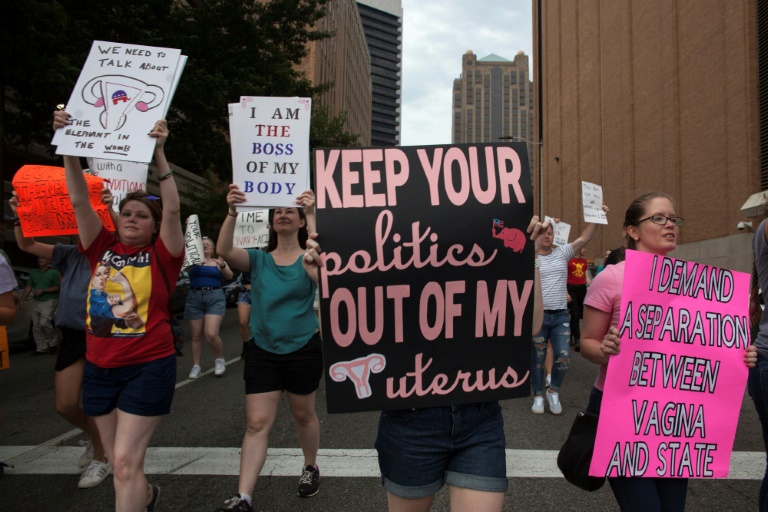 A group of American prosecutors pledged on Friday not to enforce strict abortion laws in response to attempts to tighten access to the procedure in parts of the United States.

The 42 elected prosecutors — some of whom come from states that have restricted access, others from where the procedure remains easily available — wrote that the new laws would “violate constitutional rights that have been the law of the land for nearly 50 years.”

The lawyers added that “many of the laws are so vaguely written” anyone involved in the abortion process could be prosecuted.

The attorneys who signed the pledge come from 24 states and the US capital Washington, with 12 being statewide attorneys general and the rest being local elected prosecutors who can make their own charging decisions.

Access to abortion in the United States is governed by the Supreme Court’s 1973 Roe v Wade decision, which allows for conditions to be placed on the procedure only after the first trimester of pregnancy.

In mid-May, Alabama’s governor signed into law the country’s toughest abortion law, which prohibits the procedure unless the pregnancy threatens the life of the mother or if the fetus has a fatal condition.

Six other states have tightened their legislation in recent months, making it illegal to practice any type of abortion as soon as a fetal heartbeat is detected around the six-week mark — when many women aren’t aware they’re pregnant.

These laws aren’t yet being enforced partially because they conflict with Supreme Court precedent, but many of the laws’ supporters say their intention is to spark a challenge in the country’s highest court and give justices the opportunity to reverse Roe v Wade.

The Supreme Court has tilted conservative under President Donald Trump, who has declared himself “strongly Pro-Life.”

Judges in Iowa and Kentucky have already blocked the implementation of newly passed state abortion laws.

Image: AFP/File / Seth HERALD The pledge by 42 elected prosecutors not to enforce restrictive abortion laws comes as states in the southern and midwestern United States tighten access to the procedure, sparking protests

Biden, in flip, opposes ban on federal funds for abortion

Court rules abortion services can continue in Missouri -- for now