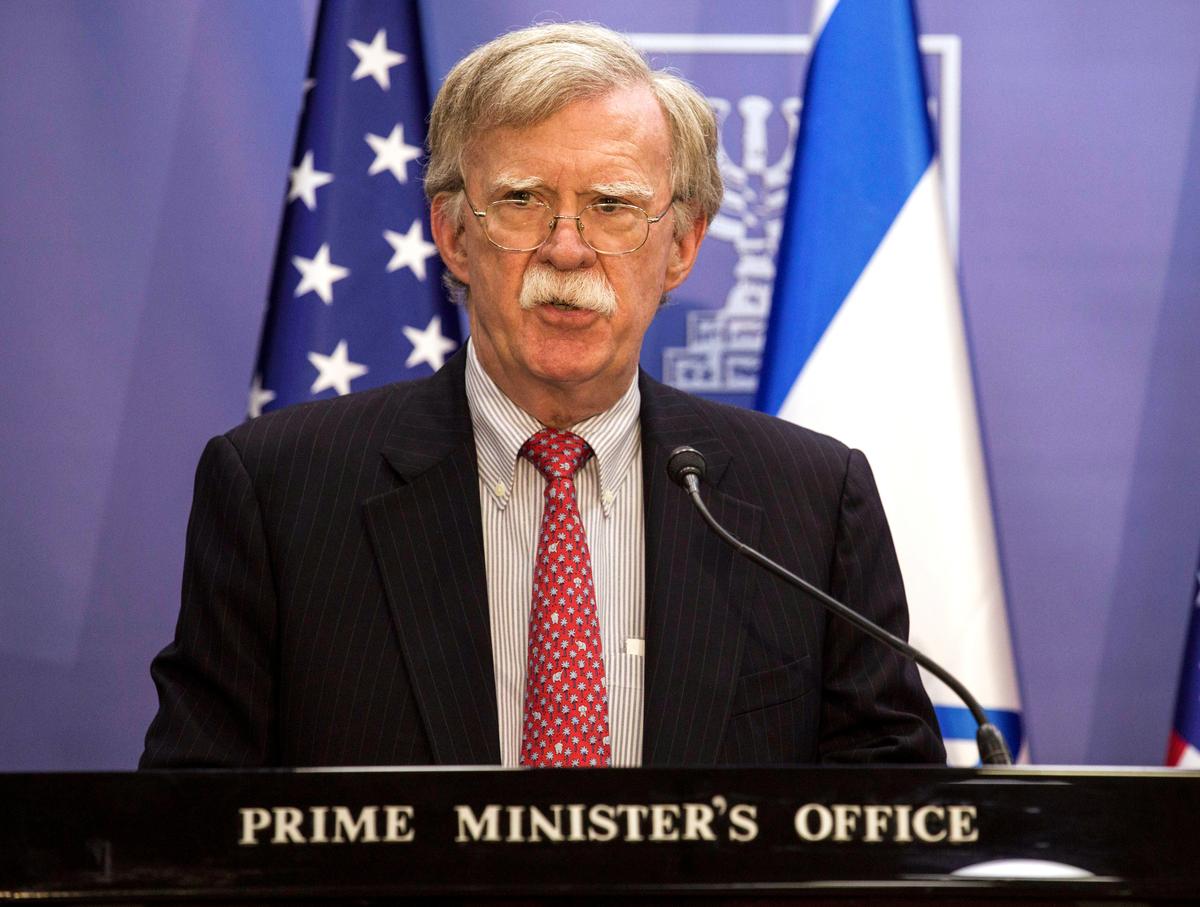 JERUSALEM (Reuters) – Iran is feeling the effects of existing US sanctions as President Donald Trump prepares to impose more of them from Monday, his National Security Adviser John Bolton said on Sunday during a visit to Israel.

While flagging further sanctions, Trump also said on Saturday he wanted to make a deal to bolster Iran’s flagging economy, an apparent move to defuse tensions following the shooting down of an unmanned US drone by the Islamic Republic.

Tensions in the region began to worsen significantly when Trump pulled out of a 2015 nuclear deal between Iran and six powers and reimposed sanctions on the country. The sanctions had been lifted under the pact in return for Tehran curbing its nuclear program.

“Iran’s continued pursuit of nuclear weapons, its threats to exceed the limits set in the failed Iran nuclear deal in the coming days … are not signs of a nation seeking peace,” Bolton told reporters during a visit to Israel.

Iran may further scale back compliance with its nuclear deal unless European countries shield it from US sanctions through a trade mechanism, the head of Tehran’s Strategic Council on Foreign Relations was quoted as saying on Sunday.

“If Europeans don’t take measures within the 60-day deadline (announced by Iran in May), we will take new steps,” the semi-official news agency ISNA quoted Kamal Kharazi as saying.

“It would be a positive steps if they put resources in (the planned European trade mechanism) Instex and …make trade possible.”

The Trump administration, with the support of Israel and some Gulf Arab powers, has deemed the 2015 deal insufficient to deny Iran the means of making nuclear weaponry in the long term.

Iran denies seeking nuclear weapons, and has been cool to US suggestions of renewed negotiations.

Reporting by Dubai and Jerusalem newsrooms, editing by Louise Heavens

The most dangerous man in the world