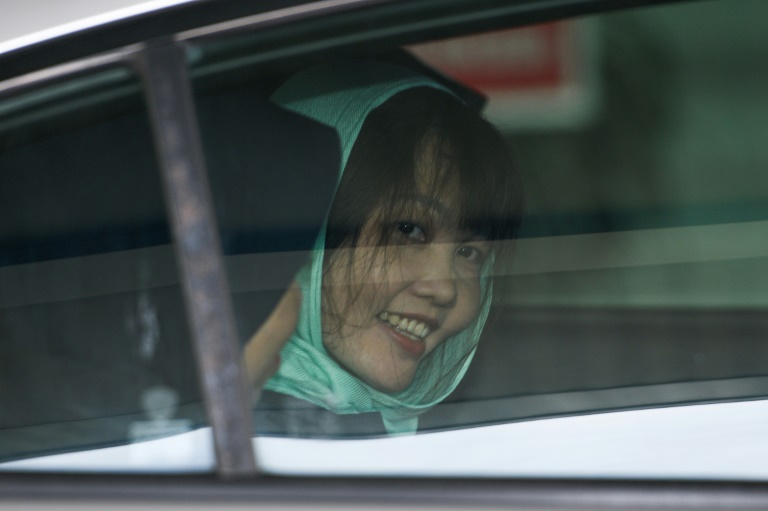 A Vietnamese woman accused of killing the half-brother of North Korean leader Kim Jong Un will walk free on May 3, her lawyer said Saturday.

Following diplomatic pressure from the Vietnamese government, Malaysian prosecutors had dropped the murder charge against Doan Thi Huong on April 1.

Subsequently, the 30-year-old former hair salon worker pleaded guilty to “causing injury” and was handed a three year and four month jail term effective from the date of her arrest in February 2017 and later reduced for good behavior.

Seoul accused Pyongyang of plotting the Cold War-style hit as Malaysia allowed the two women’s suspected North Korean handlers to leave in the days after the murder.

“We have been told by prison authorities that Huong will be freed on May 3,” lawyer Salim Bashir told AFP.

“Huong is in a jovial mood. The young woman is expected to be immediately flown to Hanoi.”

During the women’s long-running trial which began in October 2017, the court was shown CCTV footage of them approaching Kim as he waited for flight, one of them placing their hands on his face, and then both of them running to bathrooms before fleeing the airport.

But the pair always maintained they were innocent pawns in a plan hatched by North Korea and believed they were carrying out pranks for a reality TV show.

The women would have been sentenced to death by hanging if convicted of murder.

The women’s lawyers said the real masterminds were four North Koreans who were seen at the airport on the day of the murder meeting the pair, and who fled after the assassination. The four were charged in absentia along with the women over the killing.

“Obviously Huong deserves this freedom after her long incarceration. She is looking forward to being with her family and friends,” her lawyer Salim said.

Kim assassination suspect to be freed as murder charge dropped