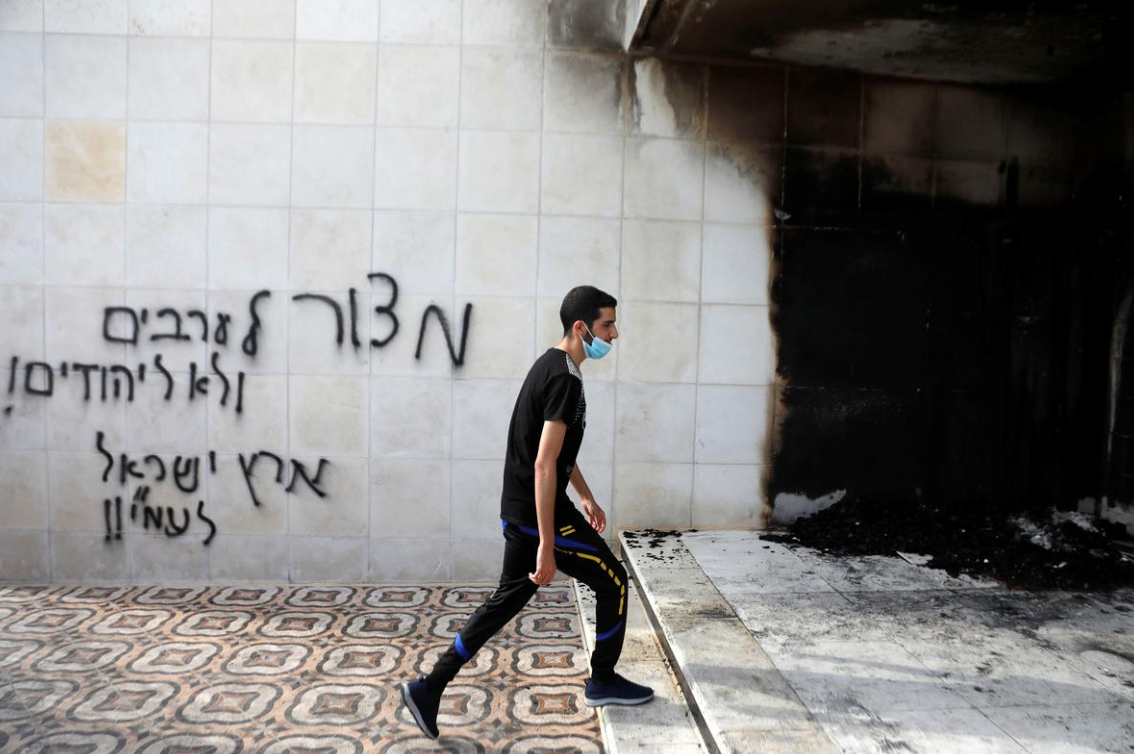 AL BIREH, West Bank (Reuters) — A section of a mosque in the occupied West Bank was set on fire on Monday, and Palestinian officials accused Israeli settlers of being behind the attack.

“The Land of Israel for the People of Israel,” read part of a slogan sprayed in Hebrew on the mosque’s wall, a reference to a biblical, historical and political claim to an area that includes the West Bank.

Israeli cabinet minister Amir Peretz condemned the incident on Twitter, calling for “the criminals and hatemongers” responsible for the blaze in the city of Al-Bireh to be brought to justice. He did not explicitly mention settlers in his tweet.

A Palestinian emergency services official said a bathroom area of Al-Bir and Al-Thsan mosque was burned after flammable liquid was poured through a smashed window before dawn.

He said residents living near the mosque and firefighters extinguished the flames, and the mosque’s prayer area was undamaged.

“This is racism and apartheid,” Erekat said in a statement.

Slogans in Hebrew similar to the one spray-painted in black outside the mosque have been used in previous attacks on Palestinian property which Israeli police suspect were carried out by Israeli ultranationalists in the West Bank.

Israel captured the West Bank in the 1967 Middle East war, and more than 400,000 settlers now live there among some three million Palestinians.

Palestinians, who seek a state in the West Bank, Gaza and East Jerusalem, say the settlements — viewed by most nations as illegal — make a future country unviable.

Image: A Palestinian man walks at a mosque entrance that was torched and sprayed with Hebrew graffiti in Al-Bireh in the Israeli-occupied West Bank July 27, 2020. (REUTERS/Mohamad Torokman)