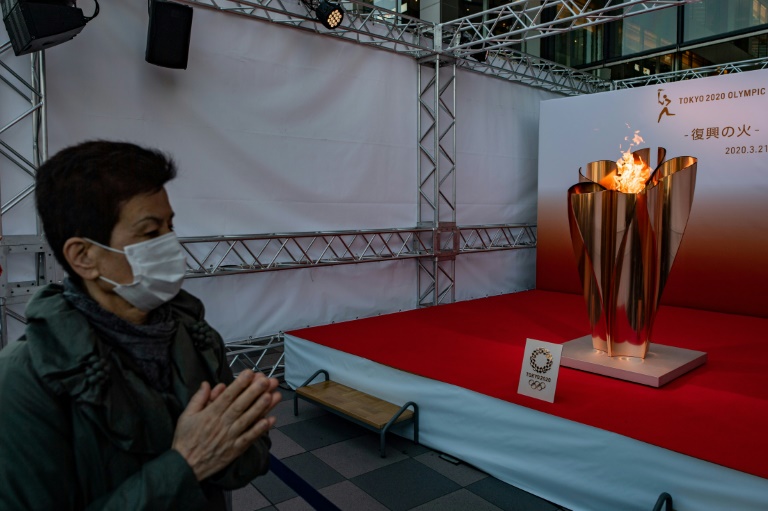 The global sporting calendar has been swept away by the coronavirus pandemic but the International Olympic Committee has insisted the Tokyo Games will go ahead in four months despite growing calls for a postponement.

Events such as the 2020 European football championships have been delayed for 12 months and powerful national sports federations including the US track and field federation and the US and French swimming federations have called for the Tokyo Games to be postponed.

So what explains the IOC’s stance?

IOC President Thomas Bach maintains that with the opening ceremony due to take place in Tokyo on July 24, there is still time for the pandemic to be dealt with — and he suggested on Friday that other officials in the Olympic movement shared that view.

“For us, (postponement) would not be responsible now and it would be premature to start speculation or make a decision at a time when we do not have any recommendation from the task force,” Bach told the New York Times.

Jean-Christophe Rolland, the president of FISA, the international rowing federation, told AFP he had some understanding for Bach’s position. “We are still a long way from July 24. We are facing a completely unprecedented crisis and no-one can predict with any certainty how it will unfold, so a number of scenarios are possible,” he said.

Only bowed to world wars

“We would be crossing into unchartered territory (if there was a postponement) — it would mean the Olympics are no longer immutable except for world wars,” she added.

Patrick Clastres, of the Center for Olympic studies and the globalization of sport at the University of Lausanne, said the four-year cycle of the Games was “as important as the principle of attributing the Games to a different city… it’s something that distinguishes the Olympics from other global competitions”

Japan would have last word — but it’s complex

While the formal decision would be the IOC’s to take, the Japanese government will have the last word, in conjunction with the local organizing committee and guided by the recommendations of the World Health Organization.

“The decisions have to be taken with a complex range of stakeholders,” Clastres said. “They include the Tokyo organizing committee, the Japanese government, the international federation, marketing agencies and the media.”

The IOC redistributes 90 percent of its revenues to sports organizations. For the 2016 Rio Games, the figure was $5.7 billion, so a postponement would have wide-reaching implications for the funding of sport globally.

The big media player in Olympic finances is US broadcaster NBC, which has already sold $970 million of advertising for the Tokyo Olympics and would want a say in the date of a re-arranged Games.

“The risk of having to pay compensation in the event of a postponement or, even worse, a cancellation, must be taken into consideration. The financial consequences would be felt by sport in general,” Nathalie Nenon-Zimmermann said.

What about the competitors?

The US track and field federation (USATF), the star performers in the blue riband Olympic sport, and the US and French swimming federations have all called for the Games to be delayed. USATF chief Max Siegel said forging ahead with Olympic preparations “would not be in the best interest of our athletes.”

Norway’s national Olympic committee also said it wanted the Games to take place only after the coronavirus pandemic has subsided.

Athletes have also urged the IOC to reconsider.

The IOC and the national federations have another problem — only 43 percent of competitors have qualified so far and those pre-Olympic competitions have been halted. Anti-doping testing has also been stopped, adding to the complexity.

Hosting an Olympics requires huge investment by the host country, in facilities, transport and accommodation. For example, the athletes’ village, built to hold 11,000 competitors, is due to sold off as apartments after the Games.

“The Olympic Village is one of the problems among thousands of others,” said Jean-Loup Chappelet, a Lausanne-based professor who specialises in the Olympics. “But it will up to Japanese Prime Minister Shinzo Abe to release the necessary budget or to take legislative measures.”

Image: AFP / Philip FONG The Olympic flame is to beging touring Japan but calls are growing louder for the Tokyo Games to be delayed due to the coronavirus pandemic

On or off?: Who's saying what over status of 2020 Tokyo Olympics

'Putting us in danger' - athlete concerns grow ahead of Olympics