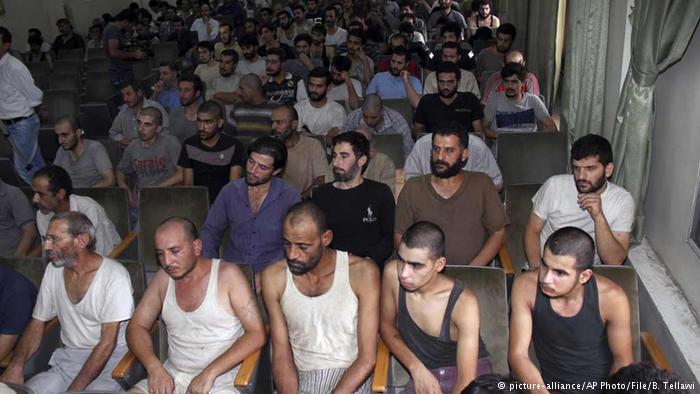 The study was based on information mainly gathered in late 2016 and provided by several dozen informants and through discussions with around 196 refugees in Lebanon, Jordan and Iraq. It found that sexual violence towards boys and men is much more common than had been believed. The report found that children and elderly men were also victims, but that gay, bisexual, transgender and intersex individuals were particularly vulnerable.

Victims have accused armed groups within Syria of carrying out mass rapes, with sexual violence often occurring in detention or prison facilities. One focus group of refugee women in Jordan estimated that between 30-40 percent of the adult men in their community were victims of sexual violence while in detention in Syria. A Syrian refugee called Sami, told UNHCR, “A man would never speak of this. Why should he? We know that everyone in jail is raped — it is normal.”

Numerous individuals have described shocking torture while in detention, including weapons being used as tools of rape. A gay refugee called Tarek recalled his experience in the report:

“When I was in detention in Syria I was tortured in every possible way. We were 80 persons in one cell with no light for 30 days. We were all naked. At night, they hung us from our hands — they tortured us with electricity to the genitals. They would come into the cell to violate us, but it was dark — we couldn’t see them. All we could hear were people saying, ‘Stop! Don’t! … I thought we would die.”

Not only in Syria

However, outside Syria, there is a danger of opportunistic abuse in refugee camps or through informal employment opportunities in countries of refuge. The report noted that there is concern that the high rate of child labor among Syrian refugee boys, which, for example, is 94 percent in Jordan, leads to sexual exploitation and rape. Refugee boys and men have reported that some employers refuse to pay wages until sexual acts are performed.

It has also been found that boys in countries of refuge are often targeted by older youths, with accounts of rape occurring in refugee communities on a daily basis.

Volker Türk, UNHCR Assistant High Commissioner, was quoted in the report, saying, “These are most disturbing accounts revealing just how grave the risk of sexual violence has become both for women and girls and, as shown by this recent report, also men and boys. And it’s clear too that we are faced with a vicious cycle here of little help being available, limited outreach to male survivors, inaccessible services, and a culture of silence — all of which reinforce a myth that this problem is rare.”

The report has called for further research to be carried out in this area. But in the meantime, there have been several recommendations, such as improving survivor care, increasing awareness among humanitarian workers and strengthening strategies for sexual violence prevention.

Grave of 400 IS victims found in Iraq