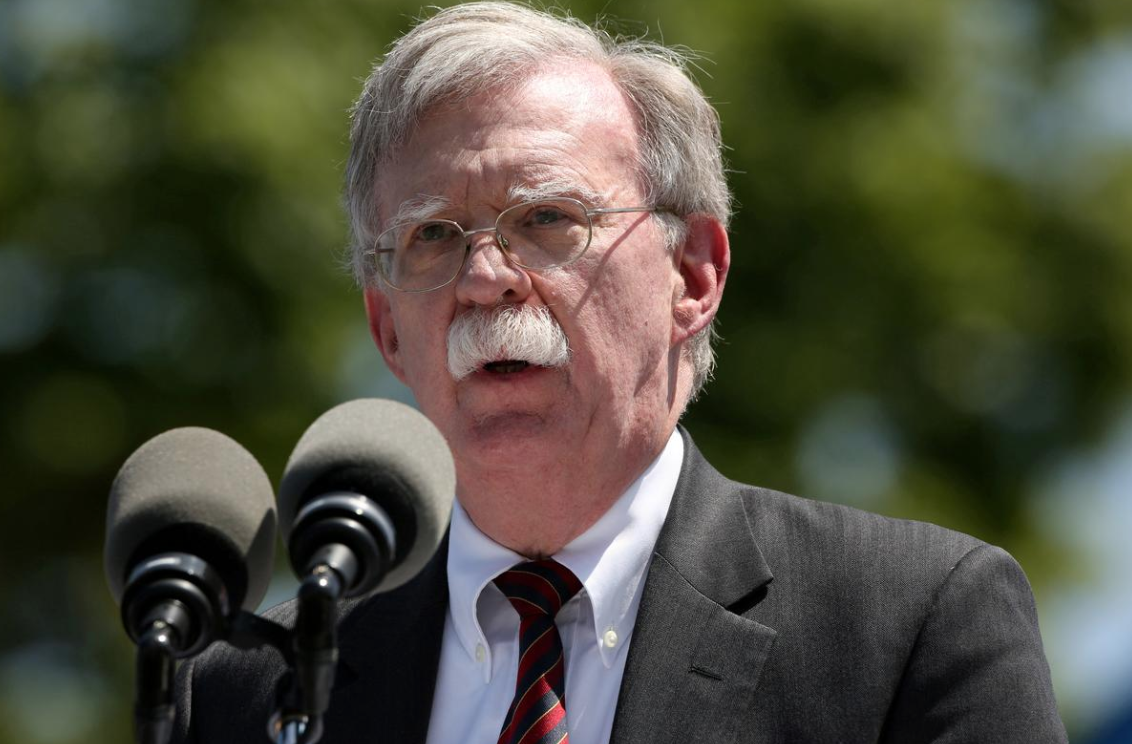 WASHINGTON (Reuters) – John Bolton’s departure from the White House removes an obstacle to the possibility of U.S.-Iranian nuclear talks, but the odds of such a dialogue leading anywhere remain low, current and former U.S. officials said on Tuesday.

President Donald Trump fired his national security adviser, a hawk on Iran who as a private citizen had advocated military action to destroy its nuclear program and who disagreed with his boss on policies from Afghanistan to Russia while in office.

“Bolton has been ‘Dr. No’ when it comes to talks with Iran,” Cliff Kupchan, a former State Department official now at the Eurasia Group political risk consultancy, wrote in an analysis.

While Iran’s Supreme Leader Ayatollah Ali Khamenei probably would not allow a meeting at this month’s U.N. General Assembly, Kupchan said: “There’s upward pressure on the chance of a meeting. If it does happen, we’d see more downward umph on the oil price.”

U.S. oil prices fell more than 1 percent on the news of Bolton’s departure, with investors betting that it increased the odds of the United States easing sanctions on Iran and reduced the odds of any possible U.S. military strike.

With Bolton’s support, Trump last year abandoned the 2015 multilateral agreement reached by his Democratic predecessor, Barack Obama, under which Iran agreed to limit its nuclear program in return for the easing of economic sanctions.

Trump has since restored U.S. sanctions and moved in May to try to cut Iran’s oil exports, historically its main source of foreign exchange and government revenues, to zero.

The Republican president argued the 2015 agreement did not do enough to keep Iran from eventually obtaining a nuclear weapon and he criticized it for failing to address Iran’s ballistic missile program and support for regional proxies.

Iran says its nuclear program is only for peaceful purposes, such as power generation, and not to make bombs.

At a briefing, Treasury Secretary Steven Mnuchin said he, Trump and Secretary of State Mike Pompeo were “completely aligned on our maximum pressure campaign.”

Administration officials believe pressure will eventually force Iran to yield to their demands for, among other things, much more intrusive inspections of nuclear sites.

Asked at the same briefing if he could foresee a Trump-Rouhani meeting this month, Pompeo replied: “Sure.”

“The president has made very clear he is prepared to meet with no preconditions,” Pompeo added.

A former senior Trump administration official described Pompeo and Mnuchin as “softer” on Iran than Bolton and said that meant there was a chance for a Rouhani meeting if the Iranians dropped their demand for a full lifting of sanctions first.

Other current and former U.S. officials said there had never been much doubt that a meeting, at least from Trump’s point of view, was conceivable but that the odds of either side being willing to compromise were low.

“The problem has never been imagining talks between the two sides,” said Phil Gordon, a former Obama State Department and White House official, saying Trump had shown through his talks with North Korea that he “loves to be at the center of things.”

“The problem, instead, is envisaging a deal that both sides could actually agree to. It is hard to see the Iranians accepting current U.S. conditions, which include ending uranium enrichment forever, even more intrusive inspections, constraints on ballistic missiles and a complete change in Iran’s regional policy,” he added.

“So to get a deal, Trump would have to significantly lower the bar, which would be hard to sell domestically and in the region,” Gordon said. “Bolton’s departure may remove one obstacle to that, but there are plenty still in the way.”