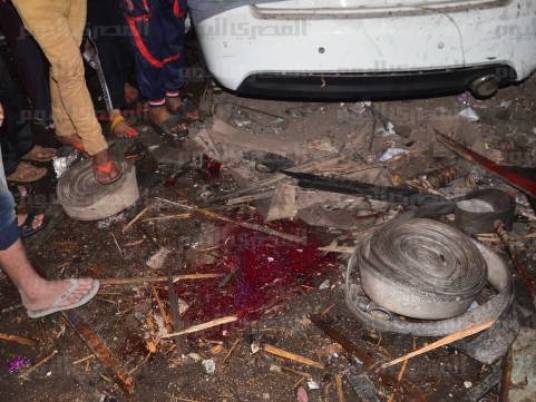 Police arrested a woman, suspected to be involved in the murder of a taxi driver in Mansoura who was killed during a pro-Muslim Brotherhood protest, sources from Daqahliya security department said.
The sources added that the woman was proved to have taken part in the protest and investigations indicate that the woman might have made the first stab for the driver, according to eyewitnesses. The woman will be faced with the witnesses.
Mansoura Prosecution ordered on Wednesday remanding nine Muslim Brotherhood members, who were arrested in relation to the murder during a protest by the group on Monday, for 15 days pending investigations.
According to prosecution sources, 15 charges were leveled against the suspects including premeditated murder, gathering, possessing weapons, intimidating citizens, joining a banned terrorist group, inciting violence and murder.
The driver reportedly engaged in altercations with demonstrators before a group of them, including women, killed him. The newspaper Al-Tahrir reported the driver was accused by the protesters of trying to run them over with his car.
Edited translation from Al-Masry Al-Youm