Facebook Twitter LinkedIn
"Innovation" is one of the most oft-cited buzzwords in both academia and the business world, but its usage isn't consistent. It can mean that an organization regularly produces new ideas or unique products; that its internal policies and practices are significantly different from the competition; or simply that members are encouraged to think creatively and pursue disruptive ideas.
This might sound like a semantic problem. But the confusion means that innovation is hard to measure – and that can be a huge roadblock to economic and technological development. Since World War II, universities around the world have been relied on to convert public funding into knowledge and products that help drive the global economy.
So how can potential partners, investors, faculty and students know if an institution is really transforming science and technology and impacting the global economy?
To answer that question, Reuters set out to find and rank the world's top 100 innovative universities empirically, building a methodology that employs 10 different metrics. The criteria focused on academic papers, which indicate basic research performed at a university, and patent filings, which point to an institution's interest in protecting and commercializing its discoveries. Compiled by the Intellectual Property & Science business of Thomson Reuters, the list uses proprietary data and analysis tools.
Leading the Reuters Top 100 is Stanford University. Located in the heart of California's Silicon Valley, Stanford has earned a reputation as a hotbed for innovation in computer hardware and software: its faculty and alumni have founded some of the biggest tech companies in the world, including Hewlett-Packard, Yahoo and Google. A 2012 study by the university estimated that all the companies formed by Stanford entrepreneurs generate total global revenue of US$2.7 trillion annually.
Stanford edged out other tech giants (like second-place finisher Massachusetts Institute of Technology) and Ivy League stalwarts (like third-place Harvard University), by scoring consistently well across each of our criteria with especially high marks when it came to impactful research: its articles and patents are frequently cited by researchers elsewhere in the academic and corporate worlds.
Other key findings of the Reuters Top 100 include the strong performance of institutions outside the United States. Half of Reuters Top 100 Innovative Universities are located in Canada, Europe or Asia; Japan is home to nine of the Reuters Top 100 innovative universities – more than any other country except the US. South Korea also performs well on the list: the Korea Advanced Institute of Science & Technology, or KAIST, is the only non-US school to place in the top 10.
The most innovative university in Europe, Imperial College London, ranked at No. 11 overall. Founded in 1907, it is relatively young compared with the continent's second and third-place universities, Belgium's KU Leuven (No. 16, founded in 1425) and England's University of Cambridge (No. 25, established in 1209).
Elsewhere in Europe, the nation of Switzerland stands out: With three schools on the list and a population of just over 8 million people, it has more top 100 innovative universities per capita than any other country in the world.
Whether they're in the top five or near the end of the list, all 100 universities in this ranking are among the best in the world. Thomson Reuters reviewed hundreds of universities to produce this ranking, and the ones that appear here are the most elite. Absence from this list does not indicate an institution is failing to innovate, however.
Since the rankings measure innovation on a universitywide (or in some cases, systemwide) basis, it may overlook particularly innovative departments or programs: A small liberal arts school might rank low for overall innovation, but still operate one of the most innovative computer science departments in the world, for instance.
The Reuters Top 100 World's Most Innovative Universities gets to the essence of what it means to be truly innovative; the institutions recognized here most reliably produce original research, create useful technology, and have the greatest economic impact. They are the surest bets for anyone seeking to invest in and create real innovation.
Tags
Imperial College London Korea Advanced Institute of Science & Technology Stanford University world's most innovative universities 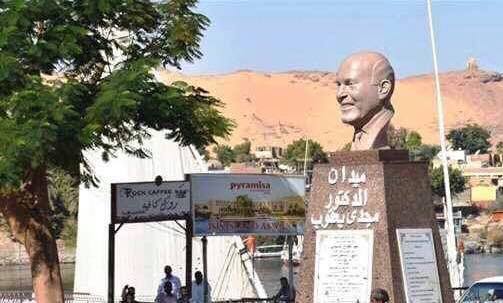