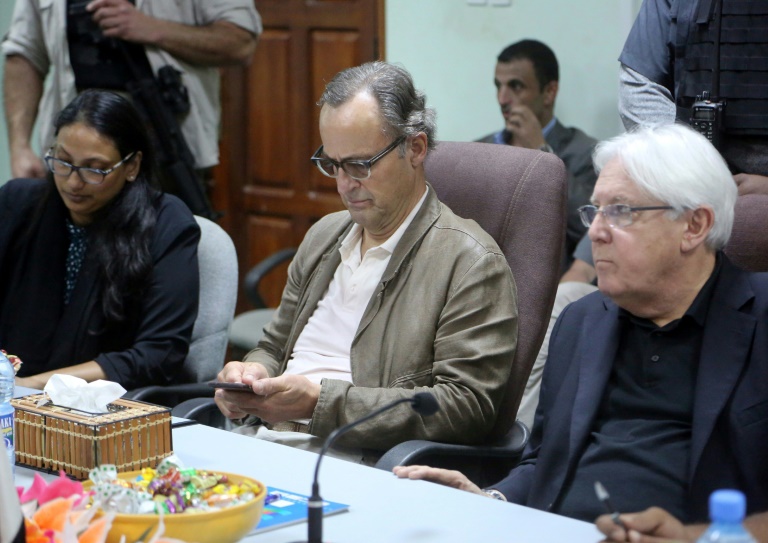 The head of the UN mission in Yemen launched talks between the government and Huthi rebels aboard a boat in the Red Sea on Sunday aimed at shoring up a ceasefire, a government official said.

Retired Dutch General Patrick Cammaert chaired the meeting aboard a UN vessel docked off the coast of the flashpoint city of Hodeida after the rebels refused to hold talks in government-held areas, the official told AFP on condition of anonymity.

The official said the meeting would address the implementation of an agreement reached in Sweden in December that calls for a ceasefire in rebel-held Hodeida, a pullback of forces from the port city and the opening of humanitarian corridors.

The Red Sea port is the entry point for the bulk of Yemen’s imported goods and humanitarian aid, providing a lifeline to millions in the Arab world’s poorest country.

The UN said in a statement that the parties would resume discussions on the Sweden agreement on Sunday.

It is the third meeting of a joint committee on implementing the deal, which has been hailed as a major step toward ending Yemen’s devastating four-year war.

The Saudi-backed government and Iran-aligned Huthi rebels have accused each other of violating the ceasefire, while deadlines for the pullback of forces and a prisoner swap have slipped.

Yemen’s rebels have been locked in a war with government forces backed since 2015 by a Saudi-led coalition.

The conflict has triggered what the UN calls the world’s worst humanitarian crisis, with millions of people at risk of starvation.

Some 10,000 people have been killed since 2015, according to the World Health Organization, although rights groups say the death toll could be five times higher.