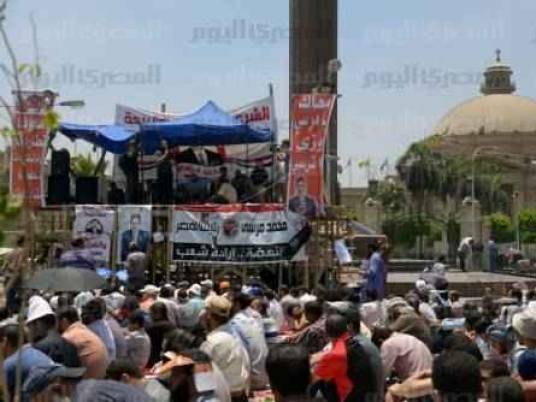 Eleven bodies found close to the sit-in in support of Mohamed Morsy in Rabea al-Adaweya Square bear "signs of torture," according to an official source at Egypt's Interior Ministry.

Ten individuals have so far complained about undergoing torture by Muslim Brotherhood loyalists at Rabea al-Adaweya and al-Nadha squares in Cairo, the source revealed.

Both squares have been focal points for demonstrators demanding Mohamed Morsy be reinstated as Egyptian president, after the army removed him from power on 3 July.

Both sites have witnessed deadly clashes between pro-Morsy demonstrators and security forces and opponents.

A ministry statement meanwhile announced security forces had ascertaind the circumstances behind three unidentified corpses discovered at Omraniya in Giza, also appearing to show signs of torture, earlier this month.

One suspect had been identified, admitting affiliation to the Muslim Brotherhood and involvement with other protesters at al-Nahda Square in torturing captives to death.