The Egyptian archaeological mission, which is affiliated with the government’s Supreme Council of Antiquities, has announced the discovery of 83 graves during archaeological excavations in the Koam Al-Khiljan region of Egypt’s Daqahliya Governorate, according to a statement by the Ministry of Tourism and Antiquities.

Eighty of the graves date back to the first half of the fourth millennium BC, known in Egypt as the Civilization of Buto, an ancient city located southeast of Alexandria in Egypt’s Nile Delta (modern day Lower Egypt), according to Secretary-General of the Supreme Council of Antiquities Mostafa al-Waziry said.

The graves are in the form of oval-shaped pits, inside which are burials designed in a squatting position rather than a sleeping position. Traditional funerary items were found buried as well, he added. The other three graves discovered date back to Naqada III, an era from approximately 3200 BC to 3000 BC that is sometimes referred to the protodynastic period and which saw major strides in state formation in ancient Egypt.

The Kingdoms of Lower and Upper Egypt were eventually united under the rule of a single Pharaoh around 2686 BC.

Two clay coffins were discovered as well inside the second groups of graves, which, like the others, contained burials designed in the squatting position surrounded by various funerary items, according to Ayman Ashmawy, head of the Egyptian Antiquities Sector.

The mission also found in the three tombs dating back to Naqada III two bowls used for kohl (eyeliner).

This is the first time coffins made of clay have been uncovered in the Daqahliya Governorate, Waziry noted, adding that the site must have witnessed heavy human activity during the eras of Naqada III and Buto.

He said he expects more coffins of this type to be discovered at the archaeological site in the future.

The funerary artifacts discovered at the site included a collection of small, hand-made pottery, in addition to oyster shells, Ashmawy said. 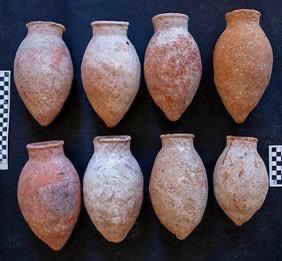 Some of the discovered artifacts dated back to the second transitional period (the Hyksos period), including ovens and stoves, the remains of foundations of mud-brick buildings, four mud-brick burials, some pottery and stone utensils, and amulets and other ornaments made of semi-precious stones, according to Head of the archaeological mission and Director General of the Daqahliya Antiquities Fatehy al-Talhawy. 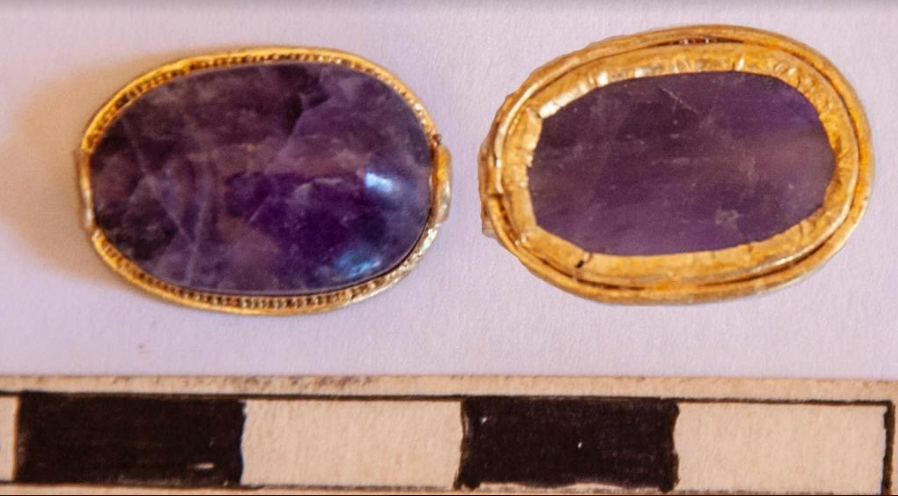