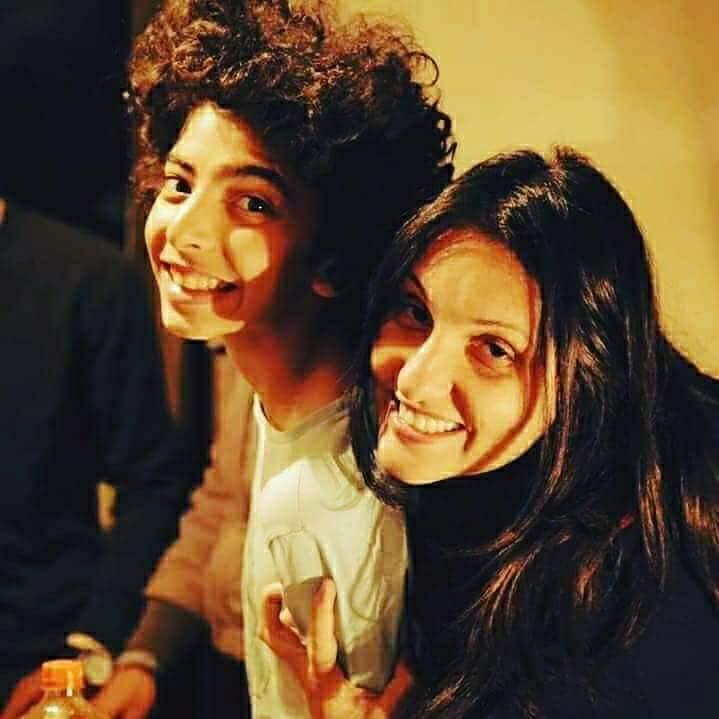 Activist Marwa Kenawy, mother of 13-year-old Youssef Al Araby killed by a stray bullet in the head, began a hunger strike on March 31 calling for the arrest of her son’s murderers, two of whom have escaped prison.

“I decided to launch my hunger strike after pursuing all other legitimate and legal paths, which unfortunately failed to punish the criminals,” Kenawy told Egypt Independent.

“I filed many legal complaints with the general prosecutor and the Interior Minister and took several other actions that were all fruitless. I got no response,” she added.

Kenawy strongly believes in peacefully yet arduously voicing her single demand. She added that her hunger strike has drawn the attention of public opinion and media outlets, and she hopes that this spotlighting will one day bring justice to her son.

“A lot of people who had no idea about Youssef’s story learned about it from my Facebook post in which I announced that I had begun a hunger strike,” she said.

Marwa explained that one day her son was playing with friends in 6 October’s Al Hossary Square when the young boy suddenly collapsed. Kenawy received a phone call in which Youssef’s friends informed her that her son had fainted and been transported to the hospital.

Post examinations, Kenawy’s doctors discovered that Youssef, who was in a critical condition, had been shot in a deadly spot in the brain. She noted that upon his arrival to the hospital, Youssef was close to “clinical death” but remained in a coma for twelve days before passing away.

Later, police investigations indicated four suspects in Youssef’s case based on footage featuring a groom alongside three other guests firing gunshots amidst engagement celebrations held near Youssef’s location. Kenawy affirmed that the suspects were firing at the exact time her son fell.

Almost eight months after the boy’s murder, Kenawy organized a peaceful protest in which she addressed the parliament, calling for procedures in her son’s case. 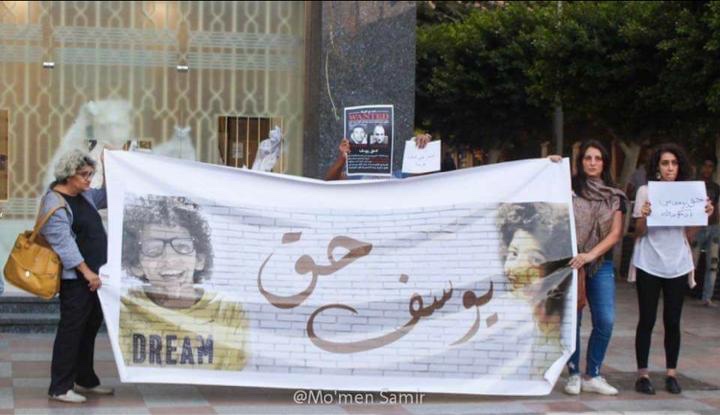 The court ruled that three out of four suspects would be detained for seven years: five for possession of machine guns and two for accidental killing. Moreover, Kenawy clarified that the fourth suspect will serve only five years as investigations proved that his gun was not deadly.

“The law prohibits ownership of machine guns for security reasons; they are categorized as dangerous guns,” Kenawy explained.

Two of the four suspects escaped jail, while the other two are imprisoned.

“One of the two evading suspects is a police officer. The other is a late parliament member’s son,” Kenawy said, alleging that the suspects are backed up by powers of authority.

The two cited suspects have been fleeing for almost a year now since the court’s decision.

Kenawy underscored an update: PM Anissa Hassouna submitted an immediate briefing request for parliament Head Ali Abdel Asl directed to the Interior Minister, calling for the implementation of the court’s ruling to arrest the two fugitives.  Kenawy viewed this update as a constructive move, but has seen no legal action from the state side.

“I was shocked that the suspects were issued only two years for the act of killing, while the court ruled a five-year detention for carrying unlicensed guns,” Kenawy said. “Our soul should be the most treasurable thing,” she avowed.

Parallel to her battles in her son’s challenging case, Kenawy has devoted considerable efforts to raising awareness about firearm possession on special occasions, and specially weddings; firing celebratory gunshots is a popular tradition in Egyptian society.

“About four months ago, I launched a campaign titled ‘No for Firearms at Celebrations’ under which we have given several workshops in schools across Egypt,” Kenawy noted.

Moreover, she has been vending a notebook titled “Youssef’s Notebook” to support the workshops with the their limited revenues.

“I am truly passionate about this rising generation. It is much easier to convince them than it is with the elder generations,” she expressed.

There is a wide range of workshops targeting school students, including music and arts events in addition to talks denouncing injurious means of celebration.

“I am currently preparing for a collective documentary that aims to stop this tradition rooted in Arab societies.’’ Kenwany said that she has been striving to assemble stories like her son’s.

She expressed her surprise at what she has witnessed during this journey. She has heard outrageous stories that all revolve around individuals who accidentally kill their loved ones in dreadful firearm shootings while celebrating on special occasions.