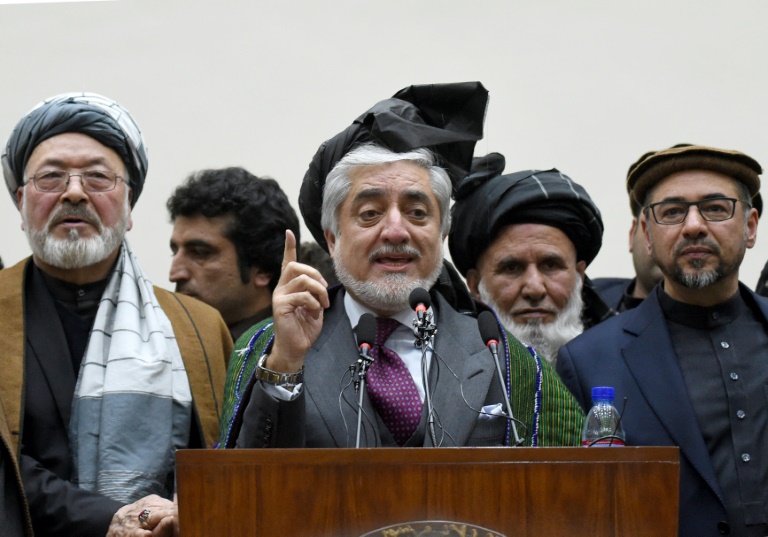 A bitter feud between Afghan President Ashraf Ghani and his rival Abdullah Abdullah appeared closer to resolution Friday after Abdullah said the two men had moved forward in talks.

“We have made progress in negotiations & reached tentative agreement on a range of principles. Work on details is underway to finalize the agreement,” Abdullah said on Twitter.

Abdullah previously served as Afghanistan’s “chief executive” under a power-sharing deal with Ghani, but lost that post following last year’s presidential elections that Ghani won amid claims of fraud.

Instead of accepting defeat, Abdullah proclaimed himself president, a title he uses to this day, though the international community only recognises Ghani.

The dispute has proved a huge distraction for Afghanistan at a terrible time, with the coronavirus crisis worsening daily and the Taliban stepping up attacks despite a deal they signed with the US in February.

“We hope to finalize the political agreement at the earliest so that we can pay undivided attention to tackling COVID-19 pandemic, ensuring a just, dignified & lasting peace, & confronting the security & economic challenges in a spirit of national unity & solidarity,” Abdullah tweeted.

Speaking on condition of anonymity, an Aghan official told AFP that Abdullah has made a multi-pronged proposal to Ghani.

The offer would see Abdullah appointed to lead eventual peace talks with the Taliban while also getting a 50-percent share of the government including several high-ranking positions for his allies.

Abdullah would also gain the title of “executive prime minister”, the official said, stressing that Ghani has not accepted the proposal.

“Efforts are underway to finalize an agreement with Dr Abdullah within the framework of a National Participation Government,” Danish said.