Afghanistan put in place a night time curfew on Saturday across 31 of the conflicted countryꞌs 34 provinces “to curb violence and limit the Taliban movements,” the government in Kabul said.

Only the provinces of Kabul, Panjshir and Nangarhar will have no curfew as from tonight with no one being able to leave their homes from 10.00 pm to 4.00 am local time.

United States President Joe Biden authorized up to $100 million (€85 million) in aid for Afghan refugees Friday, including 2,500 special visas for those who worked with US forces during the 20 year war.

What is the latest from the ground?

Taliban forces have continued fighting around the country after the end of the Muslim Eid al-Adha week-long holiday on Thursday.

Since May, the Taliban have taken about half of the 419 districts in Afghanistan and key border crossings, with the lack of US air support cited as the main reason for their relentless gains.

Government forces have tried to repel the advance, claiming to have killed over 260 Taliban combatants in the past 24 hours. 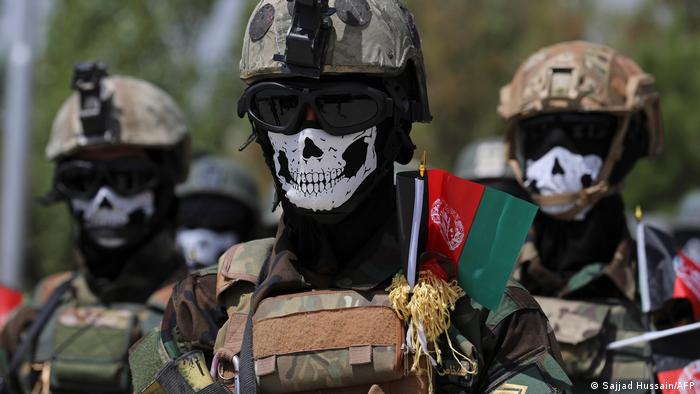 The US military, which plans to withdraw all its forces by August 31, has been forced to carry out airstrikes “to support” the beleaguered Afghan government, Pentagon spokesperson John Kirby said on Thursday.

How have the Taliban reacted?

Taliban commanders slammed the aerial bombardment, saying it was in “clear violation” of an an agreement they had made with the US last year.

They said “there will be consequences” for the air strikes in a statement on Friday.

The Taliban also warned the Afghan government not to try to take back their newly won territories.The statement said that insurgents would “strongly defend” the territories and go back on the offensive “if the enemy insists upon war.”