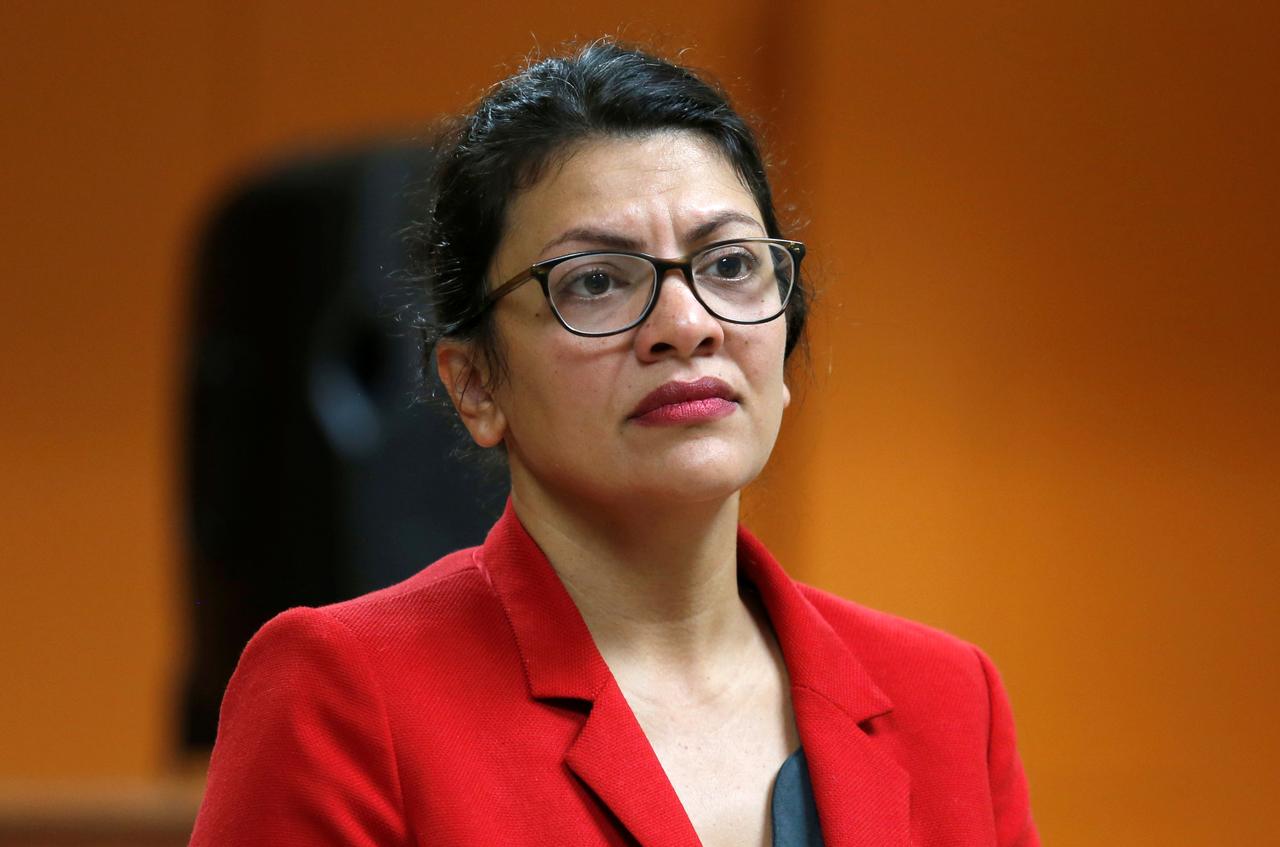 JERUSALEM (Reuters) – Israel decided on Friday to allow U.S. congresswoman Rashida Tlaib – a critic of Israeli policy toward the Palestinians – to visit family in the occupied West Bank on humanitarian grounds after barring her from making an official visit to Israel.

Under pressure from U.S. President Donald Trump, Israeli Prime Minister Benjamin Netanyahu said on Thursday he would not allow Tlaib and fellow Democrat congresswoman Ilhan Omar, to make a planned trip to Israel.

However, Netanyahu said that if Tlaib submitted a request to visit family on humanitarian grounds, Israel would consider it as long as she promised not to promote a boycott against Israel.

Tlaib and Omar have voiced support for the pro-Palestinian Boycott, Divestment, Sanctions (BDS) movement which opposes the Israeli occupation and policies toward Palestinians in the West Bank and Gaza Strip. Under Israeli law, BDS backers can be denied entry to Israel.

Tlaib sent a letter to Israel’s Interior Ministry on Thursday requesting permission to visit relatives, including her grandmother, who is in her 90s. It could be her last opportunity to see her, she said.

“I will respect any restrictions and will not promote boycotts against Israel during my visit,” Tlaib wrote in the request, which was circulated by the website Ynet and other Israeli media.

The Interior Ministry said in a statement it “decided on Friday to approve the entry of U.S. Congresswoman Rashida Tlaib for a humanitarian visit to her 90-year-old grandmother.”

Tlaib’s office could not be reached for comment, and it was not immediately clear when she might travel.

Tlaib and Omar are the first two Muslim women to be elected to Congress, and the Detroit-born Tlaib is also the first Palestinian-American congresswoman.

Both are members of their party’s progressive wing and sharp critics both of Trump and Israeli policy.

Their official visit was to have included visits to the occupied West Bank and East Jerusalem, territories Israel captured in the 1967 Middle East war and which Palestinians envisage as part of an independent state along with Gaza.

Israel had initially chosen to allow the visit, but changed course on Thursday after Trump called on his ally not to let them in.

Trump has in recent months accused Tlaib, Omar and two other first-term Democratic congresswomen of color – dubbed “the Squad” – of hostility to Israel in a barrage condemned by critics as racist and widely seen as a way to drum up votes for 2020.

Tlaib, 43, has roots in the West Bank village of Beit Ur Al-Fauqa, where her grandmother and extended family live.

The prospects of ending the occupation and resolving the Israeli-Palestinian conflict under the so-called two-state solution which had guided international peace-making efforts since 1993 have all but evaporated, while Israeli settlements in the territories have expanded.

The Trump administration, which is particularly close to the Netanyahu government, has touted its own peace plan but details remain vague. It fueled Palestinian anger by recognizing disputed Jerusalem as Israel’s capital in 2017.

Israel bars visit by two US congresswomen after Trump call