As an international tribunal prepares to rule on Beijing's territorial claims in the South China Sea, officials in Washington, Tokyo and Southeast Asia are on tenterhooks.

Yet, in the words of one senior Chinese official, Beijing does not care.

On July 12, the Permanent Court of Arbitration in The Hague will rule on a case brought by the Philippines against China over its territorial claims and actions across the disputed waters and vital global trade route.

Beijing claims some 90 percent of the South China Sea, and the Philippines is challenging it under a United Nations maritime convention.

"We do not know, we don't care, in fact, when this arbitration decision will be made, because no matter what kind of decision this tribunal is going to make, we think it is totally wrong," China's ambassador to the UK, Liu Xiaoming, told Reuters at a recent lunch in London.

"It has no impact on China, on China's sovereignty over these reefs, over the islands. And it will set a serious, wrong and bad example. We will not fight this case in court, but we will certainly fight for our sovereignty."

Beijing's plans to ignore the ruling would represent both a rejection of the international legal order and a direct challenge to the United States, which believes China is developing islands and reefs for military, as well as civilian purposes in a threat to stability.

It would also significantly raise the stakes over dispute, according to lawyers, diplomats and security experts.

How Washington handles the aftermath of the ruling is widely seen as a test of its credibility in a region where it has been the dominant security presence since World War Two against an increasingly assertive China.

China in turn sees this as a matter of defending its territorial and political sovereignty against the United States.

Other nations laying claim to disputed areas of the South China sea felt emboldened to challenge China because they felt they had the United States on their side, Liu said.

"They probably believe that they have America [behind them] and they can get a better deal with China. So I'm very suspicious of America's motives."

So while Beijing scoffs at the imminent decision, it is also making an international PR effort to get its view heard.

Beijing has organized meetings with diplomats and journalists and has expressed its views in a slew of editorials and academic papers around the world.

"Manila has no leg to stand on," said one report in the China Daily's inaugural New Zealand edition.

Asian and Western diplomats said their Chinese peers were raising the issue constantly, and at all levels.

"It's relentless. We haven't seen anything like this in years," said one Asian-based Western envoy.

China says more than 40 countries back its position that such territorial disputes should be handled through bilateral discussions not international arbitration, although only a handful of countries have publicly voiced their support.

Both Chinese and Western analysts say the ruling is not just about the territorial claims in the South China sea, but speaks to broader Sino-U.S. tensions over China's rise.

The law under which the Philippines has made its claim is the UN's Convention on the Law of the Sea, known as UNCLOS, which outlines what can be claimed from different geographic features such as islands and reefs. China is a signatory of the convention, one of the first international agreements it helped negotiate after joining the UN.

But Beijing says the issue is beyond the remit of UNCLOS and The Hague court because China has undisputable, historic rights and sovereignty over much of the South China Sea.

China's claims are expressed on its maps as the so-called nine dash line, an ill-defined U-shaped demarcation drawn up after the defeat of Japan in World War II.

Manila's case is based around 15 points that challenge the legality of China's claims and its recent reclamations on seven disputed reefs in the fishing and energy rich region.

Sources close to Manila's legal team said they are confident of favorable rulings on enough points to create significant pressure on China's future moves in the waterway.

Many of Manila's arguments in court last November were couched in arcane legal terms, but to drive home the point about the scale of China's on-going building works, lawyers used a slide show.

"We knew the judges had all used Schiphol," said one source close to Manila's case. "We think they got the point."

Ahead of the vote, the UK, Australia and Japan are among countries that have joined Washington in stressing the importance of freedom of navigation and respect for the rule of law.

US officials have also been pressing Southeast Asian nations to forge a united front on the issue, with limited success so far.

Vietnam, which has made a submission to the panel not ruled out taking its own legal action, on Friday called for a "fair and objective" ruling from the tribunal.

The G7 and EU groupings have stated that ruling must be binding, despite China's objections, while Vietnam gave a submission to the court supporting its jurisdiction.

Legal experts say that while the ruling is technically binding, no body exists to enforce UNCLOS rulings.

Concerns are growing among regional military and government officials that, regardless of the ruling, Beijing could launch fresh military action and re-building efforts to buttress its claims.

China may deploy fighter jets or missiles to its new facilities on the Spratlys, create an air exclusion zone or starting fresh reclamation work on shoals occupied within the Philippines, US and regional military officials say.

Beijing says the reefs are Chinese territory and it is entitled to station "self-defense" equipment on its holdings as it sees fit to counter US provocation.

In Washington, concern is particularly acute over whether China attempts to make permanent its sea-borne presence near the Scarborough Shoal, near the Philippines, by building on the reef.

Liu outlined various civilian developments completed and underway in the South China Sea. He said there were also military facilities being built, adding:

The United States has been increasing its own military presence in the region where Malaysian, Vietnam, Brunei and Taiwan also have claims. France has also proposed to European countries that they take part in joint South China Sea patrols.

US responses could include accelerated freedom-of-navigation patrols by US warships and overflights by US aircraft as well as increased defense aid to Southeast Asian countries, according to US officials speaking on the condition of anonymity.

"We are not going to war with these countries, we do not want to have a fight with them," he said. "But we still claim our sovereignty over these islands." 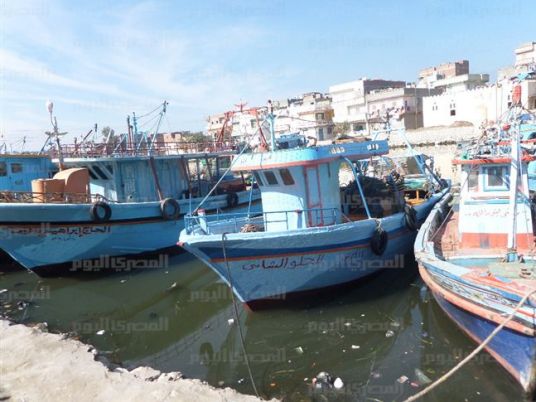