Day four of the Alexandria Film Festival for Mediterranean Countries was—much like the featured films—a low-key affair. As usual, jury members, critics, and journalists congregated at the Green Plaza multiplex, where the screenings were held. The day’s schedule saw a total of three films played out over five screenings; with Bosnian drama On the Path, and Woman without Piano, a Spanish production, being granted two showings each. Falling between the two was Moroccan director Hassan Benjelloun’s latest offering, The Forgotten.

Unfortunately for audience members, Friday started off with what would prove to be by far the day’s strongest feature, ensuring that any energy or enthusiasm displayed by jury members during the morning screenings had entirely dissipated by the time the third film came along.

Telling the story of a young couple struggling to stay together despite their gradually differing ideologies, On the Path (Na putu) was well received by jury members and critics alike, and for good reason. While not an exceptional film by any standards, On the Path wins points for its evocative cinematography and economic directing, as well as an honest, and at times, riveting performance by Zrinka Cvitešić as the broken-hearted Luna—a well-meaning woman who, try as she might, simply can’t adjust to the changes her partner Amar undergoes after moving into a Wahhabi community for work. The film is writer-director Jasmila Žbanić’s second feature, coming three years after her debut, Grbavica, won the Golden Bear Award at the 2006 Berlin International Film Festival.

Al-Masry Al-Youm: Your role in On the Path must have been really demanding. What challenges did you face while filming, and how did you cope with them?

Zrinka Cvitešić:Well, I’m not from Bosnia. I’m Croatian. That was my first problem. I also admit I didn’t know much about Islam, or the languages and situations depicted in the film. So, I traveled there [to Sarajevo], and spent four or five months exploring. Jasmila [the director] introduced me to a local girl who would take me around and show me stuff. Also, once I stepped into Sarajevo, Jasmila forbade me from speaking Croatian. I had to speak in Bosnian to everyone—including my mother and my boyfriend.

Al-Masry: What attracted you to the project?

Cvitešić:I wanted to work with Jasmila. When I went in for the audition, there was no script. We weren’t given anything concrete, and Jasmila hadn’t even finished writing the ending at that point. It was an incredibly tough, long audition, lasting eight months, across four different countries. The process was nothing like any audition I’d been to before. It consisted of a series of workshops run by clowns—actual circus clowns. I was against it at first; after all the film is not a comedy. But it’s her [Jasmila’s] way.

Al-Masry: How would you describe the film?

Cvitešić:It’s not about Wahhabism as much as it about how we all have a second life. I know Jasmila wanted to raise a lot of questions, and also that the script she wrote was based on personal experiences—her best friend married a Wahhabi and when Jasmila met him at dinner at their house one night, he refused to shake her hand. She was very hurt and confused by this—he’s her best friend’s husband! So, it’s about those changes and how we [adapt]. But it’s not necessarily about Islam. I remember after one screening, a woman came up to us and she said ‘thank you for making a movie about my life.’ Apparently, her husband worked for Microsoft, and that had taken over his life, and by association, hers.

Al-Masry: How do you feel about the film and your experience making it, now that it’s over?

Cvitešić:It was the most beautiful role I’ve ever had, and the most difficult. I wasn’t ready for it at first. I was a war child once, and I had a lot of unresolved issues that I was forced to confront. A lot of secret drawers that I was forced to open (mimes unlocking and pulling a drawer out of her stomach). But I remember my feeling after the very first day of filming was, ‘okay, world—here I am!’

The second film to be screened on Friday was Moroccan feature The Forgotten (Les Oublies), in which young lovers Azzouz and Yamna are forced to separate when Azzouz moves to Belgium, in hopes of securing a better life for himself and his fiancée. A familiar story unfolding in the most uninspired of ways, The Forgotten had the unappealing feel of a made-for-TV movie, and not a very compelling one. Predictable and—in the case of lead performer Amin Ennaji—horrendously acted (to the point where the audience is left wondering if his character is supposed to be suffering from some kind of mental debilitation), the film starts off on shaky ground, before rapidly sinking into ham-fisted melodrama, where characters throw themselves out of windows, girls are (easily) tricked into prostitution, old men stick around long enough to impart some words of wisdom before promptly dying, and, of course, endless amounts of crying and screaming break out at the slightest provocation. The fact that the film’s happy ending comes literally out of nowhere—or at that it comes at all—was as much of a surprise as it was a relief.

While both On the Path and The Forgotten are competing for festival awards, the third film, Woman Without Piano (La Mujer Sin Piano) was screened as part of the out-of-competition category—and rightly so, as the film proved to be little more than a cruel test of the audience’s patience. Rosa (Spanish stage veteran Carmen Machi) is suffering a mid-life crisis. Her marriage to an unnamed taxi driver is stale and free of any sort of emotion, or passion. She also appears to be suffering from Tinnitus. So, one night, while her husband sleeps, Rosa packs her bag, puts on a black wig, and goes out. This promising premise is then irreversibly let down by the fact that nothing happens afterwards. Rosa wanders around the city, chain-smoking and gulping down brandy. She walks, and then walks, and then walks some more. She stops and looks at some Chinese cat dolls in a store window. She ponders over a neon sign hanging over a Laundromat. Eventually, she meets Polish repairman Radek who lets everyone down by turning out to be an even bigger bore than Rosa. Most frustrating of all, though, is director Javier Rebollo’s insistence on making his film as dull as possible. There is no music, and minimal sound effects. The camerawork is implemented in a way so that whatever little action there is usually takes place directly out of frame, with only a character’s limb or tip of a shadow visible. How painfully, teeth-grindingly slow is this film? Besides the several endless shots of Rosa doing nothing, saying nothing, and expressing nothing, one stubbornly memorable scene involved this thrilling exchange between the two leads:

Radek: I am hungry. I want potato salad.

(Rosa nods. Radek dips his bread into the potato salad and pauses)

Which wouldn’t be a problem if the delivery weren’t stretched out over a 10-minute single-angle scene. What do the characters do between mumbling their lines? Eat potato salad. Very, very slowly. Other directors, like Jim Jarmusch and Wong Kar-Wai, are capable of making deliberately slow films about depressed loners that still manage to be engaging. Based on this evidence, Robello does not possess that gift. Audience reaction to the film was not positive, with several walkouts and an indiscriminating wave of frustration gripping those who somehow made it to the end. 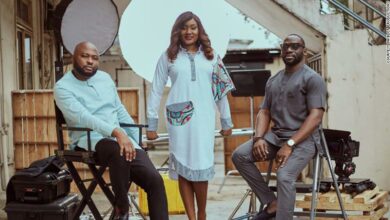 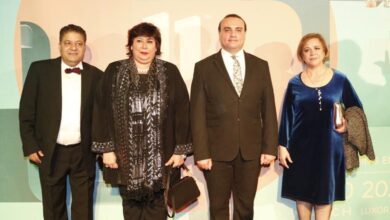