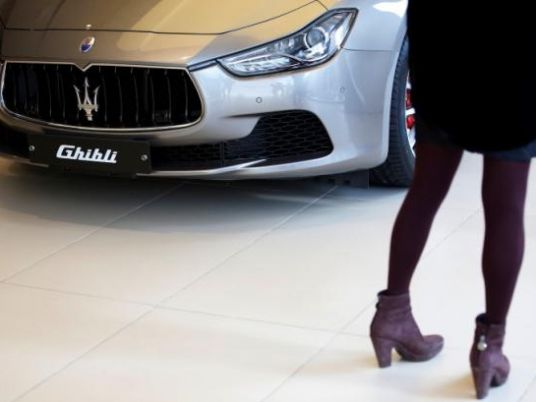 Analysts and bankers expect an increase in Egyptians' demands to convert Egyptian pounds to US dollars, a phenomenon known as "dollarization".
There are also expectations that the value of the Egyptian pound against the US currency will be reduced in the coming days after it has exceeded LE9 in the black market.
Iman Negm, a macroeconomic analyst in Prime investment bank, said that people "expect that the Central Bank will devalue the pound after the government announces its plans in parliament on February 27."
"That is why everyone is rushing to buy dollars now," Negm said.
Negm pointed to the fact that the decrease in the transfers of remittances from Egyptians living abroad is one indicator of the dollarization process.
"Many of the Egyptians working abroad now avoid depending on banks to transfer their money to their families," Youssed Bashey, the director of customer relations in BNP Paribas, said. Instead, people "sell [currencies] in the black market to benefit from the high exchange rates."
Egyptian expatriates' remittances have declined by 12 percent, or by 4.3 billion dollars, in the first quarter of the fiscal year, compared to the last quarter of the previous year. In other words, they have declined by 8.5 percent in comparison with the same period in 2014-2015.
Another bank official said that the Central Bank encourages the black market and stimulated people to buy dollars after their decision to raise the cap on dollar deposits to US$1 million, shortly after their earlier decision to raise it to $250,000.
This created an "unreal" demand and a lot of speculation, the source said. "It [the Central Bank] raised the cap twice in a short period of time, and the talk about agreements between the central bank and exchange bureaus for one price in the black market, reflects their lack of expertise and clear vision in treating the currency prices."
Another bank analyst, who preferred to remain anonymous, said that "whenever the central bank delays the decision to float the currency, it encourages people towards more dollarization."
People do not feel safe about the stability of the country's currency. They want to protect their savings from eroding, the source added.
Another official told Aswat Masriya on Tuesday that there is no intention to devalue the Egyptian pound in the upcoming period, but he refused to comment on how government plans to deal with this phenomenon in the upcoming six months.
Investment banks have previously told Aswat Masirya that the central bank is expected to raise the price of the dollar in the official market to between LE8.5 and LE9.5 during the next year, compared to its current price of LE7.83.
"There is a state of confusion and anxiety now in the exchange markets after the central bank shut down exchange companies that had fines, and tightened its oversight of the market after the dollar exchange rate rose to unprecedented levels," an analyst told Aswat Masriya.
He pointed to the fact that these limits for pulling out dollars and using credit cards while traveling will lead many whose incomes are in dollars to keep a portion of it outside the exchange system until there is no longer a fluidity crisis.
Bashay, on the other hand, believes that the banking sector will not have a strong tendency towards dollarization in the upcoming period, adding that "raising interest rates on investment certificates that function on local currency will reduce this trend."
Last November, the banking sector leaned towards putting additional savings in the local currency under higher interest rates, which could encourage people to save Egyptian pounds in the face of the speculations about the dollar.
The two largest banks in the market in terms of the size of deposits and assets, the al-Ahly bank and Banque Misr, set the interest rate for Egyptian pound savings at 12.5 percent, which is higher than the average 10 percent.
November witnessed a decline in dollar deposits to an equivalent of LE271.1 billion, according to Central Bank data, compared to LE280.5 billion in October. Dollar deposits increased again in December to LE276.5 billion (around $35.7 billion).
Household dollar deposits were generally on the increase throughout the year, with November being an exception. From January to December, household dollar deposits rose by 15.5 percent, whereas the private sector's deposits in dollars increased by 13 percent and the public sector's by 4.7 percent, according to Central Bank data.