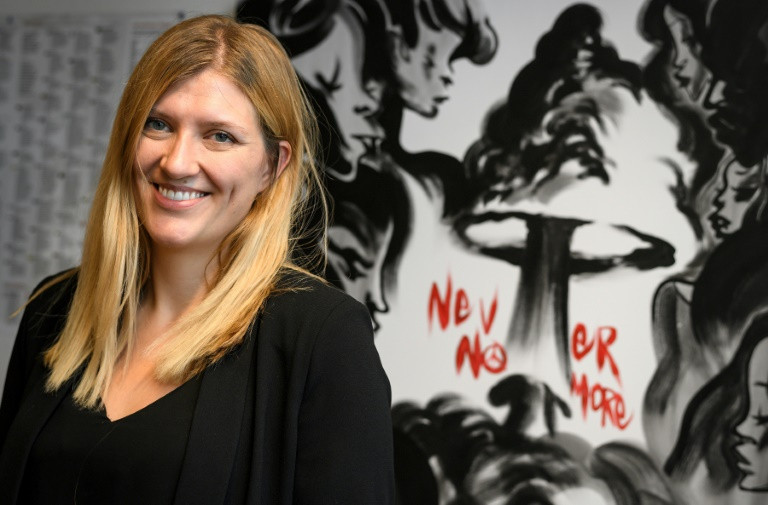 The winners of the Nobel Peace Prize, the International Campaign to Abolish Nuclear Weapons (ICAN), on Sunday voiced alarm about an “extremely dangerous situation” in North Korea, shortly before receiving the award in Oslo.

The US and North Korean leaders “are just humans who have the control to end the world, nobody should have that.”

Pyongyang has in recent months increased its number of missiles and nuclear tests, while exchanging warlike threats with Trump, who has ordered a military show of force.

ICAN, a coalition of hundreds of NGOs around the world, has worked for a treaty banning nuclear weapons, adopted in July by 122 countries.

Although historic, the text was weakened by the absence of the nine nuclear powers among the signatories.

Only three countries, the Holy See, Guyana and Thailand, have so far ratified the treaty, which requires 50 ratifications to come into force.

In an apparent snub of the ICAN-backed treaty, the three western nuclear powers — the US, France and Britain — will be represented by second-ranking diplomats rather than by their ambassadors at the ceremony, in a break with tradition.

But several survivors of the Hiroshima and Nagasaki nuclear bombings, which killed more than 220,000 people 72 years ago, will attend the event starting at 1:00 pm (1200 GMT) in the Oslo City Hall.

One of them, Setsuko Thurlow, will receive the Nobel on behalf of ICAN jointly with Fihn.

Speaking to AFP, Thurlow recalled the horrific aftermath of the first atomic bomb striking Hiroshima on August 6, 1945 when she was 13 years old.

Thurlow described corpses lying on the ground, the injured and dying calling for help and the survivors looking like “a procession of ghosts”.

“I couldn’t call them human beings. They simply looked like ghosts. The hair was standing up and they were all burned on the skin and their flesh was hanging from their bones,” Thurlow said.

“Some were carrying their eyeballs. It just was like hell on earth,” added the 85-year-old who now lives in Canada and uses a wheelchair.

Although the number of nuclear weapons has dropped since the end of the Cold War, there are still around 15,000 atomic bombs on earth with more nations getting hold of them.

“I think people must take responsibility. Don’t just leave it to the politicians. For that we have to study, each and every one of us has to study what the nuclear weapons are, how they destroy our lives,” Thurlow said.

“We deserve a much better life than this.”

The Nobel prizes in literature, physics, chemistry, medicine and economics, will be awarded later on Sunday at a separate ceremony in Stockholm.

Each prize consists of a diploma, a gold medal and a cheque for 9 million Swedish kroner (900,000 euros).

N. Korea blames US for tensions in rare UN talks