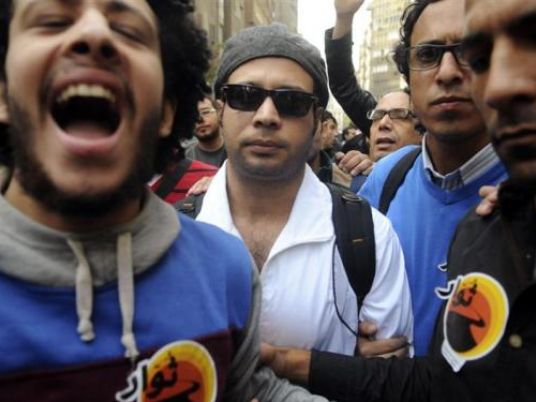 The Misdemeanor Court of Minya, sentenced four students belonging to the April 6 Youth Movement to three years in prison, Monday, and fined each of them LE50,000, for violating the law regulating protests.

The defendants staged a protest last November against the law on protests after which they were arrested.

April 6 issued a statement condeming the sentence describing it as retaliatory. It accused Minya police of targeting the movement and fabricating charges against its members. The statement described the sentence as a blatant violation of human rights and the Constitution of 2013.

April 6 will take all the legal procedures and means of peaceful protest to object to the abuses of the current regime in Minya, according to the statement.