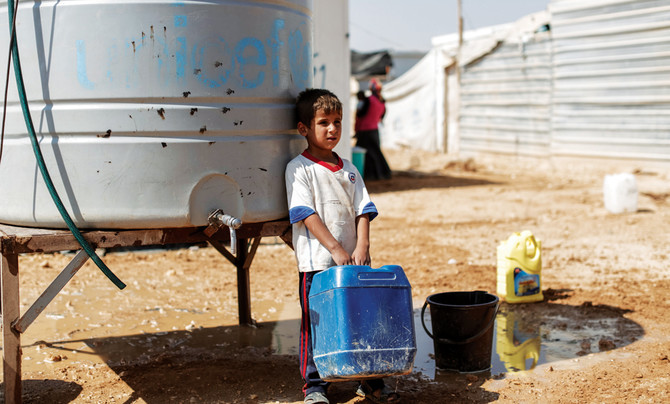 The Arab world has become the region with the largest water and food deficits worldwide, due to expanding population growth, rain scarcity and recurring droughts, Head of the Arab Water Council Mahmoud Abu Zaid said on Sunday.

In a discussion over the council’s plan for 2019-2021, Abu Zaid explained that the wide region only contained 1 percent of all freshwater worldwide and that 40 percent of the Arab population lived in water scarcity areas.

He suggested the “implementation of non-traditional solutions and strategies in order to face future prospects,” after the issue of water scarcity in 14 Arab countries intensified.

Abu Zaid reported that the Arab Water Council had implemented several projects and initiatives to improve the management of water, calling for an increase in financial support to meet water scarcity challenges, and fulfill development goals.

Cairo is among the 11 cities across the world that are most likely to run out of drinking water due to untreated agricultural and residential waste, according to a BBC report published in February.

Citing the World Health Organization (WHO), the BBC’s figures indicate that Egypt ranks high among lower-middle-income countries in the number of deaths related to water pollution. The UN estimates critical shortages in the country by 2025, the BBC added.

The previous year, in March, then-Housing Minister Mostafa Madbouly announced that Egypt had entered the “water poverty” phase and that the annual amount of water supply per person had fallen to 700 cubic meters, compared to the global average of 1,000 cubic meters.